Playing cards have been a tradition during family fun days, as well as in casinos between novice and experienced gamblers. Games like blackjack, baccarat and poker are all-time favourites at casinos, while games like casino war and go fish are great game night picks with family and friends.

Did you know that the US even has a special holiday in honour of card game lovers? December 28th is named National Card Playing Day and many players throughout the US use this day to enjoy games like blackjack with friends or at online casinos.

In light of this, have you ever wondered where playing cards come from or how they are made? Who came up with the idea to make playing cards? These are some of the things that come to mind when we think about playing cards. But, let’s have a look at some other interesting facts about them. 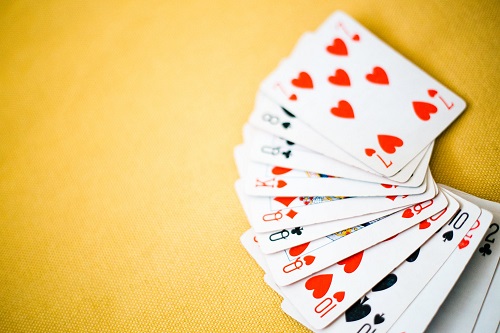 Yes, gambling or playing games is not only done in the name of fun or in pursuit of money. Card games are believed to improve your mental vitality helping with things like memory and other cognitive functions. It also helps you develop problem-solving skills. Games like blackjack (given the aim of the game) have an added numerical element that can help you understand numbers better.

Many players mistakenly believe that the queen of hearts is a representation of Queen Elizabeth. But if you think about it, Queen Elizabeth the first was born in the 1500s and the queen playing card was invented long before her birth which makes it an unlikely attribute.

Other studies state that the queen of hearts is named after a woman named Judith in the bible and that all the other queens in the pack (i.e. queen of spades, diamonds and clubs) are named after a similarly powerful woman. 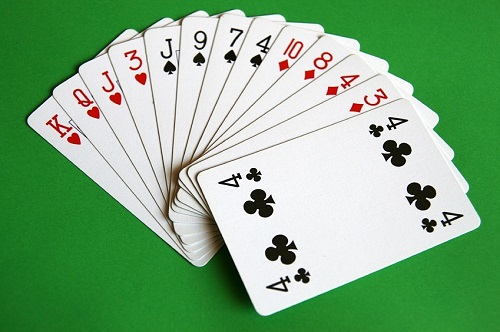 Every pack of cards has face cards namely K, Q and J. And, these cards have faces of people printed on them. But have you ever wondered who these people are? Well, the faces you see are images of actual famous people who achieved something great. Every pack has four of each face card, but we’ll use king cards as an example:

We know that Vegas is one of the liveliest gambling cities in the world, and when you consider this, our next fact becomes understandable. In Las Vegas casinos, a deck of cards will be replaced by another fresh pack every hour.

Tables are busy in Vegas and cards can become subject to wear and tear when used frequently. Older playing cards may also become dented or have marks on them which players can use to their advantage. To protect themselves and to keep the playing cards as crisp as possible, casinos resolved to replace them every hour.