A Look Back at the RTG Slots that Arrived in 2015

Realtime Gaming (RTG) launched a total of nine brand new online slots in 2015 and these games are now widely available in the real money mode at all of our featured casinos. All of these games can be launched instantly in your web browser or from within the perfectly secure RTG casino download client.

Back in January 2015, RTG launched a new casino themed classic slot machine called Double Ya Luck (3 reels and 3 winning paylines) and then the next two RTG slots arrived in March 2015. One of these new slots was a Ghost/Pirate themed slot called Ghost Ship (5 reels and 25 paylines). The other new slot that arrived at around the same time was the latest instalment in a series of three branded slot machines. The Three Stooges: Brideless Groom (aka The Three Stooges II) has 5 reels and 33 winning paylines and it is even more action & feature packed that the previous two instalments.

In April 2015, RTG went on to launch a new Pro Wrestling/Mexican/Folklore themed slot called Lucha Libre. This is another feature-packed slot that has some fantastic second screen bonus rounds to enjoy with 5 reels and 25 paylines. 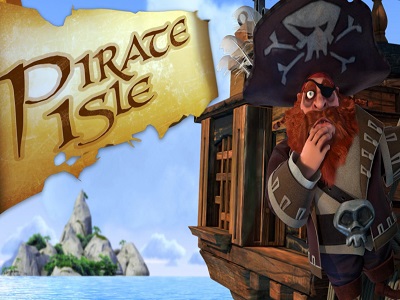 The next new RTG slot was a game called Hillbillies Cashola and this was launched towards the end of June 2015, but only started becoming more widely available in July. This fun new slot has a Hillbillies/American/Family/Alcohol theme with 5 reels and 20 winning paylines and the main bonus feature is a Free Spins Bonus Round. Also in July, a new slot called Cash Bandits was launched. This game has 5 reels and 25 paylines and it has a fun second screen bonus round where you get to win multipliers, cash and free spins.

It took a few more months before the next new RTG slot would arrive, but when it did arrive players were treated to a stunning new 3D slot called Pirate Isle. This new game has 5 reels and 25 winning paylines and it’s loaded with lots of entertaining in-play special features and some fantastic second screen bonus rounds which take place away from the reels.

Just a few weeks after this new Pirate/Treasure themed slot arrived RTG launched a brand new Halloween themed slot machine called Bubble Bubble. This awesome new slot has 5 reels and 50 winning paylines and it has several different bonus features for you to win prizes from including the Bewitched Feature, the Great Ghosts Feature and the Wild Witches Features. The exciting Wild Symbol variations can also help trigger some really big line wins during normal play and during the Free Spins Bonus Rounds.

The other new RTG slot that arrived in 2015 was a game called Lucky 6. This Irish/Luck/Gold/Leprechaun themed slot machine has 6 reels and 10 paylines and the Free Spins Bonus Round can trigger in several different ways. The best Free Spins Bonus will trigger when you manage to spell out the word ‘L.U.C.K.Y.6.’ across all 6 of the reels. Check out any of these new RTG slots right now at sites like Silver Oak Casino, Club World Casino or Aladdin’s Gold Casino.