Bovada oddsmakers have set Area 51 raid odds for bettors all over the world to wager on. Since Shitposting cause I’m in shambles posted the Facebook event titled “Storm Area 51, They Can’t Stop All of Us”, the internet has been flooded with all things alien-related. Now, betting sites like Bovada and Oddsshark have joined in. They’ve set betting lines on what the chances are that people will actually show up to raid the American military base on September 20. 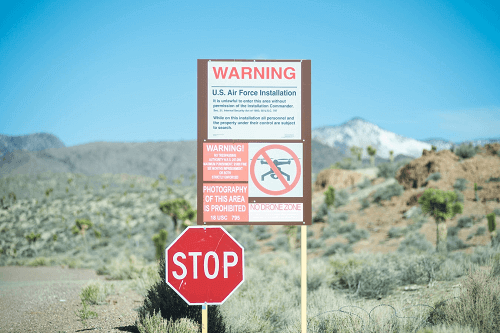 Area 51 Raid Odds – What are the Chances?

What was posted as a joke has now, at the time of writing, got 1.4 million people going and 1.1 million interested. There is even an elaborate plan on how people will storm the mysterious Nevada military base. The vanguard will be formed by teenagers with divorced parents who enjoy punching drywall and energy drinks, as they can take the most damage. Then, the attack will be made up of rock throwers, and Naruto runners (who are faster than bullets) will storm the flanks, infiltrating the base. The point of this raid? “Lets [sic] see them aliens”.

Bovada is offering odds of +225 that the base will be stormed by a group of 100 people or more. On the other hand, they’ve set Area 51 raid odds against a group storming the base at -300. Additionally, Oddsshark has also set betting lines on Area 51 raid odds. They’ve set odds on whether Donald Trump will not tweet a warning against raiding the base at -510 versus +305 that he will; and the odds of the event having more than 1.51 million people going at -250 versus +170 that the number will be less than that.

Will it Actually Happen?

Although we may not know how Bovada calculated the Area 51 raid odds, the New York Times reported that there has been a marked increase in interest about visiting Area 51 around that date. So, why is there so much curiosity surrounding this military base out in the Nevada desert?

In 1947, it is believed that a UFO crashed at the site. Since then, there have been alleged sightings of UFOs in the area. In 1989, Bob Lazar, a man who used to work at the site, appeared on TV claiming that the US military was reverse engineering alien aircrafts. What didn’t help the US government’s efforts in removing the shroud of mystery around the base is that Area 51’s existence was only publicly acknowledged by the CIA in 2013.

The US Air Force has issued a public statement warning of the dire consequences of storming Area 51. They’ve said that they will do whatever it takes to protect an American asset from invasion. With the CIA-developed site being one of the most heavily-armed military bases in the world, this could be a disastrous event.