Atlantic City Gaming Market is saturated according to Tilman Fertitta

Atlantic City gaming market is oversaturated, this s according to Golden Nugget billionaire, Tilman Fertitta. While speaking to the press in New Jersey for the launch of his new book ‘Shut up and Listen’ he stated that the 2018 addition of two casinos in the town added competition that the town couldn’t handle. It has also been previously reported that a wide variety of casinos in the area have seen a drop in profits.

According to Fertitta, Atlantic City is not a ‘nine-casino market’. His blunt comments can be backed up by numbers. In 2016 alone, five casinos in Atlantic City closed down just two years after commencing operations. Fertitta, who operates a casino in the area is fortune enough to have profit losses being offset by the giant gaming revenue that his company received. Golden Nugget has reported revenue of $108.5 million alongside its online partners.

Throughout the Atlantic City district casinos such as Hard Rock Resorts have seen its profits shrink by more than 20%. Bally’s is also seeing tallied up to 32.2%, with Caesars sitting at a loss of 26.9%, and Tropicana at 8.4%. In the Marina District, Atlantic City’s richest casino, Borgata, is down 3%, while its neighbours, Harrah’s is sitting at a loss of 34% and Golden Nugget has also seen a drop in profits by 19%. This is enough indication for investors to note that indeed the market is saturated.

Atlantic City’s nine casinos are in a war for foot traffic to increase at their land-based properties which may prove impossible considering the high number of casinos that continue to emerge as well as Fertitta’s Golden Nugget which is exceptionally dominant online. Fertitta says at best, Atlantic City’s a seven-casino town. “This is what happened, the first time, and it’s how the casinos got all run down. I think it is a huge mistake again.” 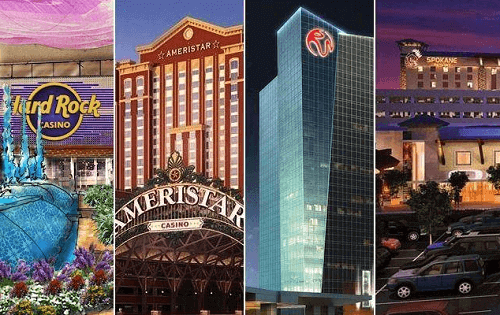 Despite Fertitta’s comments on the Atlantic City casino market his company, Golden Nugget is doing well. We previously stated that they had reported revenue of over $100. There is space for improvement, however, as Sports Betting reported gross gaming revenue just under $1 million. This could soon change as the governor of New Jersey signed a piece of legislation that permits Golden Nugget to accept bets on Fertitta’s Houston Rockets Team.