The new Legend of the Nile online slot machine from Betsoft Gaming is available now at Gossip Slots and Drake Casino. This innovative new Ancient Egyptian themed slot first arrived in casinos on Monday 11th December 2017, and you can play on this game from as little as $0.30 per spin.

You can launch this new slot instantly in your web browser and it can be enjoyed using either a desktop or laptop, smartphone or tablet device. The fixed coin jackpot on this game is worth an impressive $112,270 coins. It has 7 reels and also Cluster Wins format where the Wins Explode, rather than having a standard pay line format.

A cluster will form when at least 4 matching symbols appear adjacent to each other on the reels (either horizontally or vertically) and then all winning symbols from the cluster will instantly explode from view. This will cause the same number of new symbols to fall down on to the reels from above to fill the empty symbol positions. If another cluster of symbols forms after the new symbols have appeared, the same feature will repeat itself and this will only stop happening when there are no more new winning combinations in view. This will make a lot more sense when you see this happen with your own eyes. 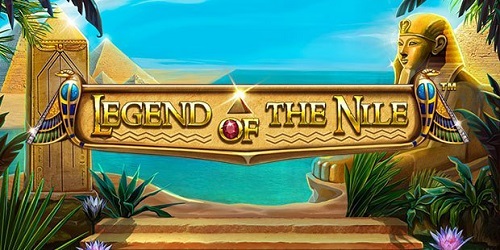 Legend of the Nile Slot Game

“Legend of the Nile is a Betsoft game quite unlike any other. Created exclusively for our Shift platform, Legend of the Nile takes the traditional, familiar Egyptian theme and updates it for modern iGaming,” said the Head of Product Development at Betsoft, Dan Cooper. “What we’ve done with the God Trails stands out in terms of innovation, giving players three separate potential bonus options during play that will keep things fresh and exciting,” added Cooper.

Clusters of matching Egyptian Gods (Ra, Anubis or Isis) can also power up that respective God’s power bar (located on the left-hand side of the game window) and when you fill either of these bars you will win a prize. The types of prizes you can win here include coin prizes, up to 400X times your stake payouts, exciting in-play features, free spins and even a progressive jackpot.

“And with two of the three God Trails persisting through game sessions, players will want to return to Legend of the Nile for additional play. These incentives create loyalty and a fun sense of dedication to this game.” All of these comments were taken directly from a recent Betsoft Gaming press release.

If you enjoy playing on this new Betsoft slot some of the other new games that you may also want to keep an eye out for including Stampede, Jumbo Joker, Blood Eternal, Giovanni’s Gems, Fire & Steele – War of the Wilds, The Magic Shoppe, The Angler, The Slotfather Part II, Fa Fa Twins, Sin City Nights and Kawaii Kitty.