We cannot go through the entire list of bingo games ever developed, but we can shortlist some of the classic bingo games, as well as some of the alternative bingo games available to the online player. The fundamentals of each bingo game, regardless of the type, stays the same. However, there are some features and aspects of each game that sets it apart from the rest. We identify and discuss the various bingo games and their differences below.

75 Ball Bingo is the variation most played in the United States. It’s available to play at most casino sites in USA, especially those targeted at US players. The bingo card in this variation of the game contains a total of 25 squares, with 5 squares that run across, and 5 squares that run down. The square in the centre of the bingo card is labelled ‘free’ and is helpful in trying to form straight patterns. The other blocks are numbered in no particular order.

Traditionally, players need to mark off a straight line that runs either vertically, horizontally or diagonally to call bingo. However, more modern bingo games accept other pattern variations that also qualifies as a win.

80 Ball bingo was designed specifically for online bingo players and is very popular amongst them. Due to its popularity, many versions of the game exist online. The bingo card used in this variation of the game only contains 16 squares in total, with 4 blocks that run down and 4 blocks that run across the card. Like with 75-ball bingo, each column of the cards is given a different set of numbers. In this instance, the first column is dedicated to numbers 1-20; the second column includes numbers 21-40; the third and fourth columns contain numbers 41- 59 and 60- 80 respectively. Each column also has its own colour that typically includes red, yellow, blue and white.

To call bingo, you need to mark off a straight line that runs in any direction. Single number patterns are also acceptable in 80-ball bingo. 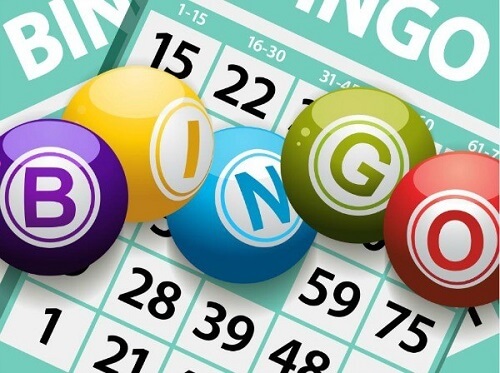 90-ball bingo is most common in regions that include the United Kingdom and Australia. This version of the game comes with its own unique features. It includes three different rounds and has significantly more numbers than the other classic versions, but less numbers on the bingo card.

Essentially, each card contains 15 numbers, 9 columns and 3 rows. The columns are arranged as follows:

30 ball bingo is also referred to as speed bingo. Naturally, with just 30 balls in play, the game progresses much quicker than in 90-ball bingo for example. Here, all bingo cards contain 9 numbers in total which fills each block on a 3 by 3 grid. Only one prize is awarded in this game and that goes to the player that dabs all the blocks on the card.

As mentioned previously, apart from the classics, there are many other alternative bingo games out there for you to try. These include: Bingo Bonanza, 5 Line Bingo, Bingo U-Pick, Stallion Race Bingo, Passing Bingo and Coverall Bingo. Each game offers its own advantages and added benefits and is readily available to play at most internet casinos and bingo sites.