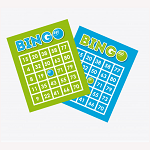 Bingo is played in group settings and are hosted in large venues. Due to this, having a list of bingo rules to convey proper conduct becomes necessary. In Las Vegas, bingo parlors can accommodate hundreds of people in a single seating.

Gamblers have been playing bingo in America since the late 1920’s. Each state in the US has its own laws that regulate the game. These laws stipulate the terms and conditions involved with the various prizes on offer and the requirements to claim them. Bingo rules of play, however, are standard practice across all top casino sites in the various states. The “bingo” rule where the potential winner yells the term to alert the house of a possible win, is almost universal.

The game is facilitated by “the house” and players compete against one another. Unlike with many other games, the house in bingo has no advantage over the players. Their role is to simply monitor the game, to verify wins, and to award the deserving winners.

All the bingo cards are square shaped with 5 numbers spaces going across, and 5 number spaces going down. This tallies to 25 spaces on a single bingo card. The word ‘bingo’ is printed horizontally across the card with each letter carefully placed within a vertical column. The center block on each card is marked ‘free’ and all other blocks are filled with numbers from each group. To play and win, you need to stamp spaces that are aligned or form a clear pattern. The X formation is considered a pattern as numbers are stamped in two diagonal lines that run from top-left to bottom right, and top-right to bottom left.

Playing bingo online is not much different from playing bingo in a hall. If you are familiar with the common bingo rules in a land-based bingo venue, then you are more than prepared to start playing online as well. The ‘rules’ found in bingo halls are in many ways replaced by instructions when playing online. However, playing online does come with a few added features to accommodate the online player. These include an auto-play function and a live chat function. 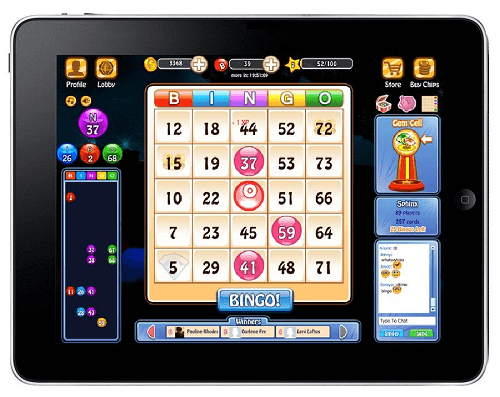 As mentioned previously, different bingo halls operate differently, but there are some common rules that govern each. We’ve listed a few common bingo rules below.

In addition to bingo rules, there is also a thing called bingo etiquette. Consider these the unwritten rules of bingo.