An all-new Connecticut Gaming Bill has been introduced with bipartisan support at the General Assembly. Since it doesn’t have a number yet, the working draft will be up for discussion. However, backers believe that the bill will recoup losses from slot machines and competition in neighbouring states. Part of the new bill will allow for a new casino in Bridgeport that will be earmarked for the state’s two Native American tribes. The Mashantucket Pequot and Mohegan Indians will be able to facilitate sports betting and online gambling platforms.

Under current laws in the state, it receives 25% of slot machine wins from Foxwoods and the Mohegan Sun. Nevertheless, revenues have dropped from $433.6 million in 2006 to $263.6 million in 2018. These losses have been attributed to casino resorts across state borders in Massachusetts, where a new MGM casino is being built. Despite legal blocks from MGM, the US Department of the Interior gave approval to Connecticut in March for a venue in East Windsor. 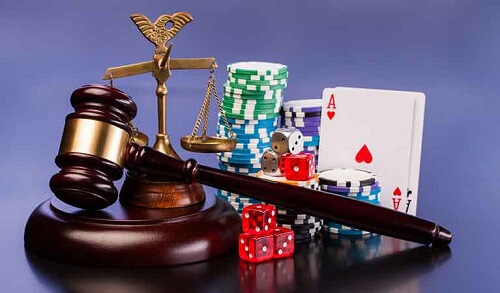 For the moment, the Connecticut Gaming Bill’s details are a work in progress, and the draft will be updated for the next few months. Since it needs a number, that will also need to be dealt with. Many other states are also working on bills to allow gambling in all of its forms, while some are undecided. For Connecticut, the timing of the bill is later than New York and Rhode Island, where local gamblers are going.

In New York state, gamblers can place bets at brick and mortar venues. Rhode Islanders can also make bets in person, with plans for mobile betting in the works. Still, Rhode Island’s online betting plans are facing a legal challenge at present.

A further aim of the new Connecticut Gaming Bill will be to create jobs in the state. Currently, the Mashantucket Pequot and Mohegan tribes are some of the largest single taxpayers in the state. They are also the biggest employers, but competition is tilting the playing field away from local casinos. For these reasons, the bill will allow both tribes to expand and keep employment rates up.

Governor Ned Lamont (D) has spoken in support of the Connecticut Gaming Bill and its stipulations for the tribes. In a statement, he shared his support and intentions to keep the contract intact. He also said that the state and tribes had a “very strong bond and contract going back well over a generation”.