Borgata, a casino resort based in Atlantic City, New Jersey, has announced plans of a $14 million renovation. The upgrades will be done at the venue’s lobby and the current 312 guest suites they have. Borgata Hotel & Casino Spa is operated by MGM Resorts. In July alone, the establishment made $88 million in winnings from their online platform, sports betting as well as their land-based casino. According to the numbers, its July winnings are double what its closest competitor garnered.

Borgata announced that the renovations will include a bar in the lobby area. Also added to the renovations will be a VIP check-in area. The changes and additions to the lobby bar are expected to be completed this month, September 2019. This announcement follows a recent renovation project for a sports betting lounge which amounted to $12 million. The refurbishment project is nothing new to Borgata as it’s known to regularly reinvest in its property.

Borgata has made over $450 million from January to July this year. This is two times more than its nearest competitor. With the renovations, the company has announced that it is anticipating that it will be done with the suites by early 2020. The upgrades will include an eatery comprising of a cocktail and tapas menu, as well as some coffee service. There will also be an addition of three large television screens. Weekend patrons will have additional entertainment through the introduction of a piano bar. 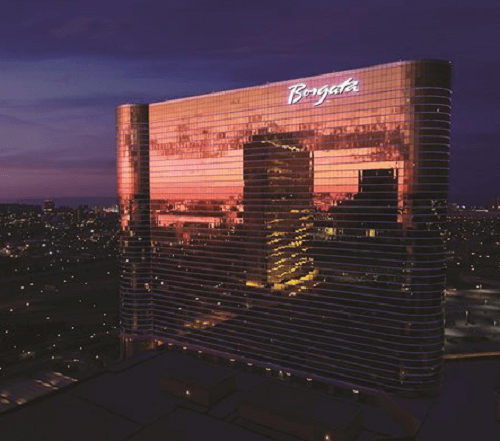 The recently completed $12 million renovations included a sports betting amenity as well as a cocktail bar & lounge. Borgata Hotel & Casino Spa president, Marcus Glover, stated that the constant upgrades to the resort are to ensure that all guests thoroughly enjoy their stay and experience the Borgata culture upon arrival and until departure.

Atlantic City, New Jersey, is a competitive market as there are plenty of other casinos operating in the region. Borgata recognizes the importance of having to keep up with certain standards in order to ensure that business thrives.