Bovada is introducing their Passport Promotion for all players. People like to travel, but it’s expensive to do so. Transportation costs alone are through the roof with gas hitting over $4/gallon in some places in the United States. When you’re given a chance to travel to somewhere cool without having to pay for it, then that’s an opportunity that you’ll probably take. Bovada Casino is giving you a chance to do just that and receive a trip to one of several awesome locations. Just for playing some of your favorite games, something that you would probably be doing anyway. 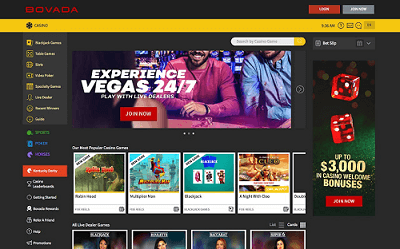 With the Bovada Casino Passport promotion, you’ll be given a chance to get the vacation of a lifetime. You’ll visit Barcelona, Spain; Bangkok, Thailand; Sidney, Australia; Rio de Janeiro, Brazil and Cape Town, South Africa if you’re the winner of this awesome promotion. These are five of the hottest vacation spots in the world, and trips to all of them can be yours. That is, providing that you are the lucky winner of the Bovada Casino Passport promotion going on now at Bovada Casino. This promotion will be going on through September 16. So, there are still weeks left for you to get in on the action and try to win your seat on this great trip.

For this promotion, each week is assigned a category of games. If you play the featured games for that week, you’ll be given tickets for the main drawing that gives out the trip. In addition, for every $10 that you play at the qualifying games, you’ll be getting one ticket in the drawing. So, the more you play, the better your chances are at winning. As such, there’s no limit to how many tickets you can get at each type of game. Thus, you can play as much as you would like to rack up all of the tickets that you can.

More about the Casino

Bovada Casino took the place of Bodog Casino for the United States market in 2011, but they have the same great games and software. While Bovada Casino is known in the industry for their awesome 100 percent first deposit bonus worth up to $500. Moreover, they often run crazy promotions and giveaways like the Passport Promotion that they are running right now. In addition, Bovada Casino has an excellent selection of games to choose from. Most of which will be featured in their Passport promotion at one time or another. There are a lot of reasons for American players to check out Bovada Casino.

Still Time to Get Double Loyalty Points at Drake Casino