A Review of the Break Da Bank Again Slots Game

Break Da Bank Again, the sequel to the popular slots game, Break Da Bank is an entertaining and fascinating creation from Microgaming. The slots game was so popular that Microgaming wanted to come up with a newer version and the title is considered by many players to be an aficionado title for online casino gaming because of the amount of money that can be won by playing it as it is not obvious to all players that play it.

The theme of the slots game is money, and how to win it. The graphics of the slots game include a bank vault that is massive, shiny gold bars, stacks of gold coins and several jewels. The game is all about the bling. There are also poker high cards that display themselves in the game as well. 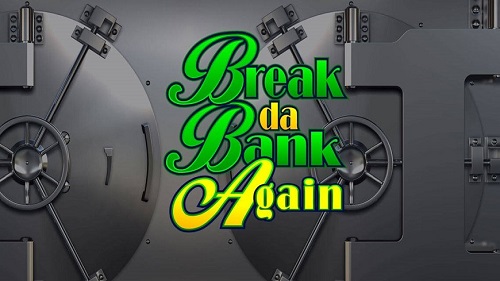 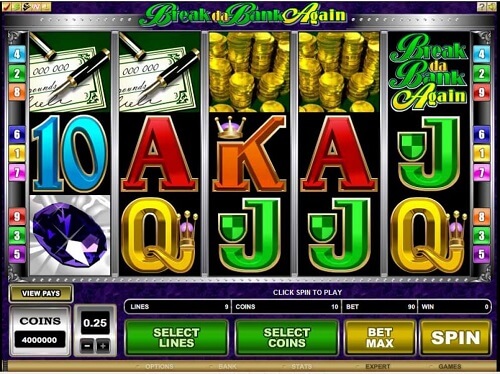 The slots game is a 5 reel, 9 payline game and the player can either activate or deactivate as many as they choose for any spin. It takes wagers of just a penny up to 50 cents. The max limit on the coins is set at 90. The reason that many people often miss out on the wins from this slots game is that the jackpot that is advertised is 1,500 coins, but the player should not let that fool them, because they will come to find out over the course of playing that the game is no joke in terms of the amount of winnings that can be had. Hitting the jackpot can occur during the free spins feature that has a stack of multipliers that cause the jackpot to climb upwards of 375,000 coins.

The game then looks a little different than the initially advertised jackpot of 1,500 coins once that is revealed. The Break Da Bank Again symbol is the wild symbol. This can be used to substitute for anything except the scatter symbol to complete a particular payline. The Wild Multiplier allows any payline that it completes being randomly multiplied by either 5 or 25 times.

The scatter in the game is the symbol of the bank vault. If the player hits 3 or more of these particular symbols, they are rewarded with 25 free spins on the reels. Even better is the fact that during the time of the free spins, any of the wins that the player receives are multiplied by 5! There is also a bonus game of gambling where the player can try to guess the colour and suit of a hidden card. If the player is able to get it right, their winnings have the potential of instantly quadrupling. Break Da Bank Again undeniably is a superb game from Microgaming as it gives many different and diverse ways to win and win big.

Players should explore this entertaining and exciting money slots game that has a scatter symbol, a wild symbol, a Wild Multiplier, a bonus is hidden card feature and of course the exceptional icons in the game that sparkle as the player is winning significant amounts.