Cashless gaming is becoming more popular on the Las Vegas Strip following the Palms Casino Resort’s test run with new technology at game tables. The system, which was created by Reno-based gaming technology group Automated Cashless Systems, is called PlayOn and functions as a table-based ATM system. Following the successful trial run at Palms Casino Resort, Red Rock Resort and Casino adopted the new payment method. Now it seems that there are more casinos set to do so. 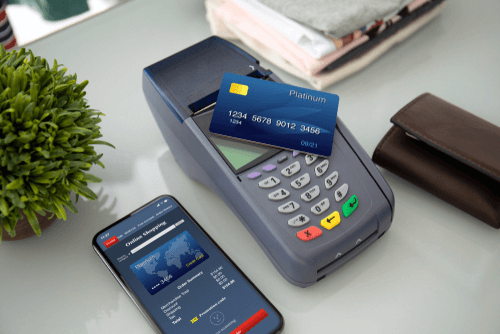 A recent report published in the Las Vegas Review-Journal stated that the next casino that will be adopting such technology is The Strat. The casino is owned by the Golden Entertainment group and a successful trial run at The Strat could mean the group rolling out the technology at more of their venues.

Commenting on the decision to test out the new technology, Golden Entertainment VP of Gaming Development and Technology Jay Fennel stated, “We are testing this system because we see this as a great convenience for our players [which will] enhance the guest experience as a convenient way of accessing their funds without having to leave the comfort of their table.”

More casinos seem en route to follow in the footsteps of the Palms Casino Resort. It seems that The D Las Vegas and the Golden Gate will be the next to adopt PlayOn software, which has already been adjudicated by both the Nevada Gaming Control Board and the Nevada Gaming Commission.

Although some may believe the idea of being able to increase your bankroll at a casino table is a bad idea, the system has been designed to avoid problem gambling. Firstly, it can only be used with debit cards. Secondly, gamblers can establish limits, which casinos will enforce should they reach them.

Some industry giants believe that the gaming industry is finally catching up with the rest of the world in simply “modernizing” payment systems. It’s hard to argue with that logic when even small businesses are using mobile ATM points to help people pay for goods with their electronic cards.

For more of the latest American casino news, make sure