A casino burglar was caught on camera taking money from the Red River South Casino on Tuesday. The Bossier Parish Police, in Louisiana, has asked the public to help them locate her. The robbery happened at the casino right before noon. The surveillance footage displays a female suspect going into the casino office using a key while wearing latex gloves.  The video then shows the woman taking money, which is believed to be a hefty sum. She places the money into her backpack and speedily exits the casino, using Highway 71. 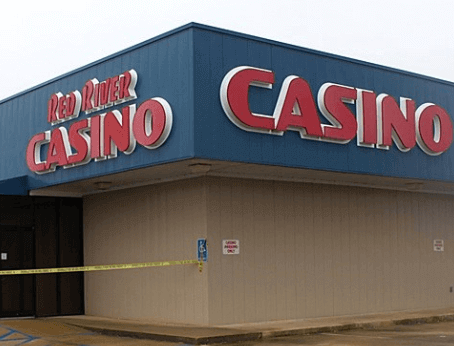 The Bossier police interviewed a witness who saw a female fitting the woman described in the footage. The witness told the detectives that the casino burglar headed towards Caplis-Sligo Rd a little after 11:30 am. Bossier law enforcement has pleaded with the public to help them catch the burglar. The suspect is described as a white woman between her 30s and 40s. The woman has tinted brown hair although she was wearing a pink cap during the burglary.

Burglaries are not the only concern that many casinos in Bossier have. A study has suggested that two of the biggest casinos in the city should move. The Louisiana Department of Economic Development received a study that recommended that Boomtown Bossier City and Diamond Jacks should consider moving to a different location. This recommendation follows the rise of many tribal casinos closer to the city which is hurting other casinos.

The study which was conducted by Spectrum Gaming also told the Louisianan department that the relocation would increase the revenue of both casinos.

Boomtown Vice president, Jeff Morris, said that the company is proud of its operations in Bossier City and have no intention of moving elsewhere.

Paul Hutchens, general manager of Diamond Jacks Casino, stated his appreciation of the state’s opportunity to help grow the business