The new terminal the airport authority would like to construct is $500 million, and as it stands, there is a near $200 million shortfall in funding. The planned opening of the terminal is scheduled for 2028 and will sport 18 gates. Des Moines International Airport authorities have mentioned that it is essential that they review opportunities that are capable of funding millions of the airport’s financial gaps. 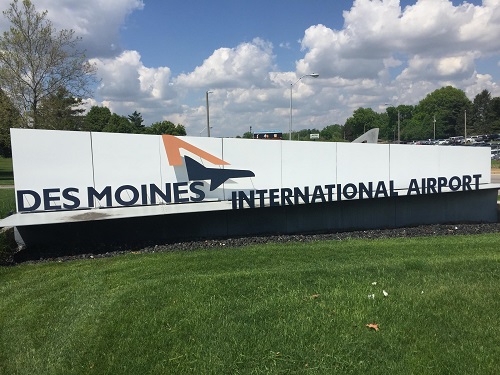 Details on the Proposal

The proposed $225 Million casino would be connected to the airport using a skywalk. The casino resort would also feature a ‘dancing fountain,’ restaurant, rock garden, wedding and banquet facilities. The hotel is set to have 350 rooms. Expected to generate $85 million per year, the proposed casino would not only help with funding the terminal but also with employment. It is set to create 1000 jobs if it goes through.

The aging airport was built in 1948 and has been subject to improvements over the years. Airport authorities have also explained that the airport has reached the end of its useful economic life. Over 2.91 million people had traveled through the Des Moines terminal in the last year, which is in an increase of 33% since 2013. The passenger traffic has seen steady growth in the last six years.

There are 23 casinos in Iowa. Seventeen are commercial casinos, four tribal casinos, and two racinos. Prairie Meadows Racetrack and Casino in Altoona is currently the only casino in the Des Moines metropolitan area.

The proposed casino would join the Prairie in the center of the Hawkeye state. Prairie Meadows Racetrack and Casino opened its doors as a racetrack in 1989 then later added slots and table games. The proposed $225 million casino is also in the hands of the Iowa Racing and Gaming Commission, which is responsible for considering new casino licenses.