A recent Seton Hall Sports Poll reveals that USA citizens are moving towards legalized sports betting in a positive manner. Not to mention that they are doing so at an increasing rate. The newest edition of the poll, the New Jersey university discovered that 55% of those who participated in the survey like the state process being applied in the United States. The Supreme Court ruling on the Professional and Amateur Sports Protection Act granted states the control to accept or reject sports betting. Thirteen states operate sports wagering, this involves Washington DC, and New Hampshire. Montana is almost ready to be counted in that category.

On top of the 55% of people that support the state-by-state process, an additional 25% say that sports wagering must be legal in each state, as stated by the Seton Hall poll. The new information that the university discovered contradicts what they found in 2017. Back then 46% of people who engaged in the survey upheld legalizing sports betting. 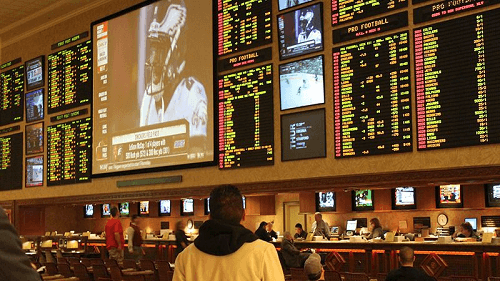 The Seton Hall Sports Poll captured different opinions for different age categories about legalized sports betting. From age 18-29 only 37% say that sports wagering should be legal in each state. The percentage goes down drastically to 14% for people who are 60 years and older. Young people seem to favor sports wagering because their age group adapts easily to technology.

In the beginning of the year data showed that the gaming sector analysis stated that in about 10 years, 90% of sports wagers will be made on PC’s or mobiles. There are markets that have already embraced online sports betting. New Jersey has 80% of sports wagers that are done on the web. Rick Gentile, director of Seton Hall Sports Poll said that Americans are accepting sports wagering very quickly which can be linked to the courts agree.

According to Seton Hall poll about 44% of USA citizens state that sports wagering must involve both professional and college, and percentages divided across demographics. 69% of those who took part in the 18-29 group say that states that allow sports wagering have to have pro and college games. Those 60 years old and above the figure is 23%.

Many people don’t like the fact that states don’t permit wagers on the local college team. New York does this and Oregon’s mobile wagering system will follow the same footsteps. Purdue University in Indiana and St. Joseph’s in Philadelphia stated plans to stop employees and students from wagering on their school competitions. With such a ban it means that gamblers are not allowed to bet on local university tournaments. It doesn’t matter which competition is taking place.