Everton’s Yerry Mina has been slapped with a charge for alleged misconduct of the Football Association’s betting rules. Mina is said to have participated in an advertisement for a gambling company, something that the player is prohibited from doing. The player has been given 48 hours to respond. Read on for more on the story. 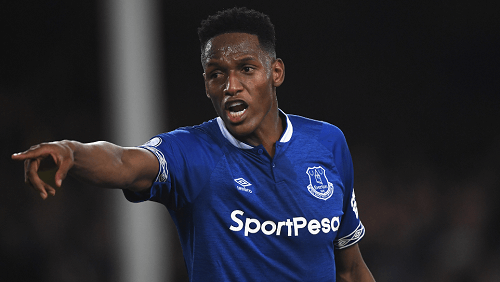 On Wednesday, the FA announced that it has charged the 24-year old defender for breaching its betting rules. The FA, which is the governing body for association football in England, does not allow players, coaches, managers, club medical staff and other members to bet on a match or participate in a competition in which they are involved in that season. The conduct also prohibits them from participating in any other football-related matters which concerns the league that they play in or pass inside information for betting. In this case, Mina appeared in an advert that involved gambling activity in his home country, Betjuego, earlier this year.

The FA said in a statement: “Yerry Mina has been charged with misconduct in relation to The FA’s betting rules. It is alleged the defender breached FA Rule E8 (3) by participating in an advertisement for betting activity which he is prohibited from engaging in.” The defender has until 6 pm on Friday to respond, and his case will be heard by an independent regulatory commission, which will be the third body. According to other reports, Mina is likely to be handed a fine, although the video has now removed after it made rotations on social media. Mina was signed from Barcelona last August for £28m ($34 973 960,00). This was after he scored three goals at the World Cup.

A week ago, Liverpool forward Daniel Sturridge also received a fine of a whopping £75,000 ($93 680) and suspended for six weeks after being found for breaching betting rules. At the moment, the FA is still appealing to the third body’s ruling that the 29-year-old should be banned for at least six months. Only fans are allowed to be involved in activities of gambling. If you are interested in sports betting read our guide to find out more.