Lucky Dragon Casino, off the Las Vegas strip, is one of the shortest-lived casino projects in Sin City. For just $36 million, the Lucky Dragon will now become a ‘non-gaming’ venue and conference space. Most off-strip casinos have a little success, but the venue fell into debt quickly after it was built. Back in 2016, the casino was built for $160 million. Since 2016, the ‘boutique Asian-themed’ gambling venue failed to attract high rollers and Asian locals. 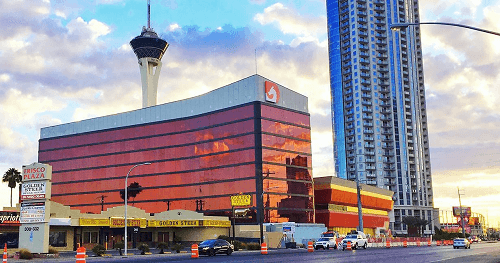 Chairman of Ahern Rentals, Don Ahern, is the new owner of the not so Lucky Dragon. After confirming the purchase to the Las Vegas Review-Journal, Mr Ahern stated that he would keep the property’s name. But there’s one problem with the site, it’s located on the ‘wrong end of the strip’ on West Sahara Avenue.From the start, Lucky Dragon had financial issues. While offering traditional street food was a good gamble, they couldn’t compete with VIP treatment at other casinos. Decent compensations just weren’t an option.

During development, developer Andrew Fonfa asked for $25 million in subsidies from the city. However, the Las Vegas City Council denied his request, because it was ‘unheard of’ for public money to be used to prop up casino development. Also, Mr Fonfa claimed that he had roughly $89.5 million from Chinese families in search of American citizenship. Back then, foreigners who invested more than $500 000 into US businesses could qualify for green cards.

When the city denied help, Mr Fonfa turned to Snow Cover Capital for a $50 million loan. Last January, he had to shutter the casino and restaurants while facing foreclosure from Snow. He claimed that the Lucky Dragon was worth $143 million. Sadly, this was not the case for the final selling price. Later in 2018, the Lucky Dragon was also offered at auction, but got no bids.