Former Owner of the Ocean Resort Casino based in Atlantic City, Bruce Deifik, succumbed to injuries sustained in a car crash and was pronounced dead. Investigations as to what might have caused the car crash and the loss of life are currently underway. 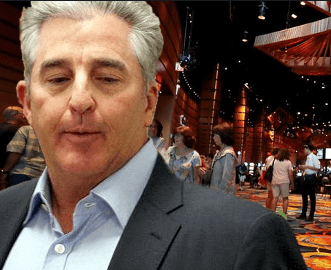 At the time of his death the business mogul was due to turn over his majority of the casino to hedge fund Luxor Capital which will be completed by a property trust fund. Ocean Resort has been operating at a loss in the millions since September and Casino Resort attempted to reduce its cash reserves in response to the losses.Deifik was due to face casino regulators on Wednesday for a hearing as the regulators sought to rebuke his casino license due to sexual harassment allegations pitted against him by his female employees at Ocean Resort Casino.

Ocean Resort Casino was bought by Deifik last year as Revel Casino and he spent US$70 million of his own money towards renaming and reopening the casino. This proved to be quite a significant loss, no different that of the previous owners. The project assumed a name, it was called the ‘a dream come true’ project, a name given by Deifik.

In September storms ravaged through the area of Colorado and a lot of people were misplaced due to this. Deifik allowed residents in the area to be put up in the casino free of charge until weather conditions improved and structures rebuilt.

At the time of his death Deifik was the President and CEO of Integrated Properties Inc and under his leadership the company-owned multiple commercial properties including office centres and shopping malls in Denver and surrounding areas.

A casino spokesperson, released a statement to which they express their deepest condolences to the family of Bruce Deifik. The statement further expressed gratitude to Deifik for believing in the potential of the Revel Casino by purchasing it and employing more than 3000 residents in the community of Atlantic City.