Home » Fun Facts About the Game of Blackjack

Fun Facts About the Game of Blackjack

Blackjack is undoubtedly one of the most popular casino games in the world. But you aren’t limited to playing the game in a casino alone. You can also easily enjoy the game with friends and family at home. All you need is a pack of cards and some enthusiasm.

Now, blackjack was invented around the 1700s by Frenchmen, and a lot of time has passed since then. And, over the years, a lot became known about the game. But, we believe that there are a few interesting facts about the game that might not be general knowledge and we’d like to share that with you.

Why the Card Dispenser is Called a Shoe

A shoe is a container used to store decks of cards in a game of blackjack. The shoe can be seen close to the dealer in a live game, but may not be seen during online blackjack unless you are playing via live streaming. But, have you ever wondered why the card dispenser used in a game of blackjack is called a shoe? Well, it is called a shoe because when it was first designed and created; it looked like a high-heeled shoe similar to what a woman would wear. Because of the resemblance, people just started calling it a shoe and the name stuck ever since. 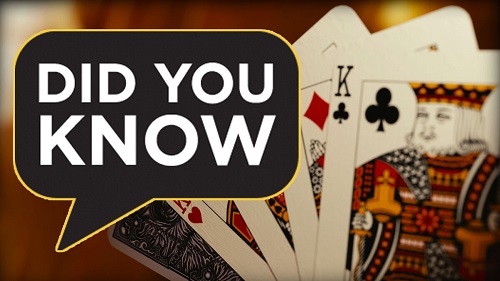 The Real Objective of the Game

Many people state that the main objective in the game is to build a hand with a total of 21 or to get as close to that as possible. But, this isn’t 100% accurate because this notion leaves room for defeat. The real goal in the game is to beat the dealer by any means necessary. Remember, blackjack is a two-way game between you and the house. This means that the dealer is your only competition. So, even if you don’t secure a total of 21, you can still win if your hand is stronger than the dealers. If, for example, you end up with a total of 19 and the dealer has 17, you win because your hand beat the dealer, and not necessarily because you achieved a 21.

Most Popular Game in USA

Did you know that the blackjack hall of fame exists? It’s a special club that honours talented blackjack players, dealers, authors and experts. It was created in 2002 and the venue is located in The Barona Casino, California. You must have broken serious grounds to be welcomed as a member. But the wait is worth it because when you eventually do get in, a world of free perks and treatment awaits you.

The Truth About Card Counting

Card counting is a real thing and its very possible to do. There are players who are highly skilled in card counting and pose a real threat to casinos. But, there’s nothing that they can do because card counting isn’t considered illegal. A man named Edward Thorp has earned the title King of Card Counting because of his talents. He even wrote a book about it called Beat the Dealer.