Most games at online and land-based casinos rely on luck and some games rely on luck more than others. Slot machines, for example, is one that relies heavily on luck. The game works using a random number generator (RNG) which is basically computer programmed software. The lottery is another example of a game where chance plays a big role. While there are many systems you can use when picking your numbers, it ultimately comes down to being lucky enough to choose the right numbers.

Games like blackjack and poker on the other hand relies mostly on skill, although some good luck could see you go far.

Because winning can be such a challenge when playing casino games, many players turn to superstition and other methods to help them win. Gambling rituals used to be popular in earlier times, but faith in these methods have died down a lot over the last decade or so. But, you still get players who firmly stand on the belief that things like gambling rituals, horoscopes, myths and superstitions can help bring you good fortune.

We’ve gathered a few of the commonly used gambling rituals that players use today. Whether they work or not is debatable, but it’s interesting to learn about them, regardless. 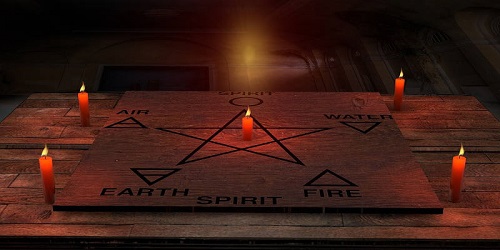 Blowing on the dice before you launch a throw is a common technique used in games that use dice. Craps is a popular dice game that uses three dice in the game. At a craps table, you might find players blowing on the dice before they throw. Some even believe that its best to have a lady blow the dice. If you win, you must stick to the same lady for continual wins.

Blowing on the dice doesn’t contravene the rules of the game in any, so you won’t get in trouble for doing it. The only downside is the fact that it imposes a few health risks given our current climate. This is also something that won’t be possible when playing craps online because the game uses digital dice in that case.

A lucky charm can be any object that has brought you luck in the past or one that you believe will bring you luck now. Common lucky charms include bracelets, rabbits’ foot, a stone, cards, gems and other objects.

For it to work, you must have the lucky charm on you or at least near you. If you are playing casino games online, you can maybe lay them out across the table while playing. Land-based casinos may not allow you to put your lucky charms on the table, as they may get in the way. So, in that case, you might have to keep it safe in your pocket and hope for the best.

If you’ve ever seen the movie Like Mike, you’ll be familiar with lucky clothes. In the movie, the main character has a pair of lucky shoes that he wears whenever he goes out to play basketball and whenever he wears them they appear to bring him luck.

But, this doesn’t have to be lucky shoes. Many people have lucky socks, shirts and hats that they believe bring them luck in one way or another.

On this note, a related belief has to do with wearing the color red. In Chinese culture, the color red is believed to bring good fortune, which is why the color is seen a lot either in traditional attire or elsewhere. Some people, therefore, believe that this kind of good fortune can extend to gambling as well and will wear red shirts or even underwear to help bring some good luck.