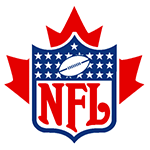 Gateway Casinos & Entertainment Ltd has signed a multi-year deal to become the official land-based casino partner of the NFL in Canada this week. Gateway Casinos will become the first-ever casino partner in NFL Canada. Under the terms of the agreement, the entertainment operator will have the right to use NFL trademarks in Canada to promote its properties. In addition, Gateway’s MATCH Eatery & Public House will be the official presenting partner of the NFL Fantasy app.

In an official press release Chief Marketing & Communications Officer for Gateway, Carrie Kormos, says that the company is “thrilled” about the partnership. She claims that the “millions of football fans across Canada” will be able to access “exclusive, unique experiences”. Since it’s the centenary of the NFL, there’s a lot to celebrate. However, there’s still a lot to do for both parties in terms of advertising and stipulations.

The first step in the new deal is to prepare for the start of the NFL season and launch the partnership. Accordingly, Gateway Casinos has planned The Official Kick-off Tailgate Party on August 22nd. Then, it’s time for the NFL Fantasy Football Draft from August 8th to September 6th. After that, the Pick’Em Pool and the Run for The Money Kiosk Promotions will close out 2019.

These events, when combined with an increase in marketing spends, will likely kick off even more deals in Canada. Of course, there’s no guarantee that marketing alone will bolster viewership and game attendance, but it doesn’t hurt to try. 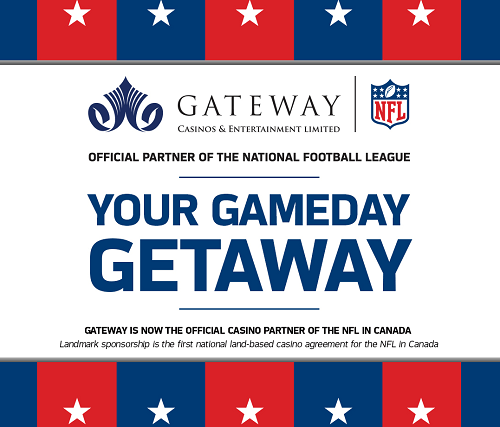 In addition to the Gateway Canadian partnership, the NFL has signed a similar deal with Caesar’s Entertainment. Since the Professional and Amateur Sports Protection Act (PASPA) was rescinded by the Supreme Court, a standstill in proceedings finally ended. The Las Vegas-based firm is now the first US official casino sponsor for the American football league.