In new developments in the Genting vs Wynn saga, the two parties have reached an agreement and have decided to settle out court. Earlier in Jan, we reported that Wynn is suing Genting because of the architectural similarities that Resorts World has to their resorts. Wynn wanted to get a court order to halt the construction of the resort.
Genting has given in and decided that they will change the design of Resorts World. Had they gone to court, and Wynn been granted the restraining order, Genting would not have made the 2020 launch. With this new agreement, Genting will still be able to meet their 2020 deadline. 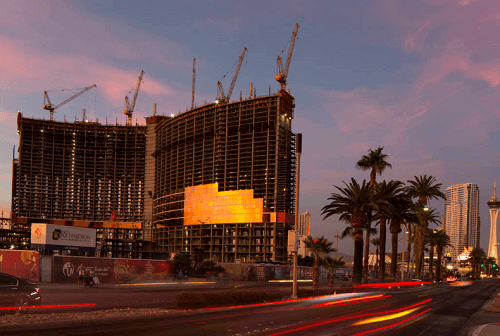 Changes Agreed on by Both Parties

According to Michael Levoff, Genting’s Senior Vice President of Public Affairs and Development, they had discussions with the Wynn team, and they directed the Genting team to redesign the properties so that they can be easily differentiated. He went on to say that the agreed settlement will allow them to continue to build Resorts World Las Vegas with minimal impact on the cost and timeline.

There hasn’t been any clarification on what the changes will be like. But Michael Weaver, Wynn Chief Communication Officer, said the new design would resolve the concerns that they had with the initial design. The similarities that they had an issue with included the curved design horizontal banding and the bronze windows.

Possible Loss if Wynn had Won the Case to Genting

It was going to cost Genting close to $169 million if they had gone to court and Wynn won the case. What’s more, there would have been 500 workers that would have been laid off. Currently, the Resort World Las Vegas construction is happening in the Las Vegas Strip. It is believed that it will cost Genting $7 billion to complete the resort. However, they have not revealed how much the actual cost for it will be. They are aiming for the end of 2020 to open doors.