Hard Rock Atlantic City is bringing in the New Year with a special holiday package worth $2,020 (get it?). The package offers Hard Rock guests a very special experience. The package includes a one-night stay in a Roxy Suite, a private dinner at Council Oak Fish along with custom wine pairings, couples massage, a bottle of champagne, and two tickets to either Howie Mandel’s Comedy Club or DAER Nightclub. 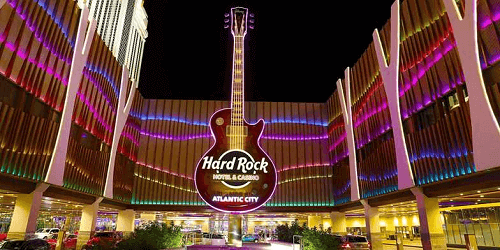 The Hard Rock isn’t the only casino offering New Year’s Eve specials, and most still have rooms available. So, if you’re planning on ending the decade at Atlantic City, make sure to book. However, be prepared to pay a premium rate for an end of the year stay.

Additionally, in keeping with tradition, the Casino Reinvestment Development Authority will sponsor the fireworks show. It starts at 9pm at the Tropicana on the Boardwalk.

Even though rooms at Atlantic City’s casinos will be more expensive than usual, they’re still cheaper than its west coast counterpart. Reportedly, a two-night standard room stay at the Bellagio on the Las Vegas Strip costs as much as $1,471 for December 30 to January 1. Alternatively, the Borgata – Atlantic City’s premier casino hotel – has a standard room for $1,008 over the same period. The Marina District neighbour Harrah’s is $784, and the Golden Nugget is sold out.

So, those looking for a spot on the Boardwalk, the rates from December 30 to January 1 are:

But, occupancy in hotels reduced this year through nine months.

For more USA casino news, keep it here at BestUSACasinoSites.com.