Las Vegas Sands Corp is facing a thorn in the flesh courtesy of Marshall Hao. The name Marshall Hao might not be a familiar one to many but it will be after the lawsuit. Hao, a businessman from Taiwan is suing the American international casino operator for compensation over unpaid consultation. According to Marshall Hao, an abrupt end to a partnership between his company and Las Vegas Sands (LVS) cheated him out of due compensation Asian American Entertainment Corp (AAEC). LVS entered into a partnership 18 years ago which was terminated then. Now Hao has come guns blazing for what he feels is due to him. What exactly did AAEC’s partnership with LVS entail and why does Hao insist on compensation? Read on as we unpack more details of this $12 billion lawsuit. 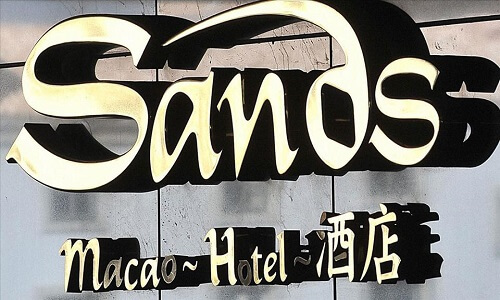 What Led Up to Hao Suing Las Vegas Sands Corp?

Documents handed to the court confirm that AAEC and LVS had agreed to apply for a Macau casino license together in 2001. Hao claims that the idea of opening another Venice-themed similar to one LVS had recently launched in Las Vegas would be profitable in Macau. Right before Las Vegas Sands Corp launched The Sands Macao and Venetian Macao in 2004 and 2007, respectively, they terminated the partnership with Hao and AAEC. The two Macao casinos became the largest and most profitable casino hub worldwide. This propelled LVS into the wealthiest casino company in the world.

Since the partnership was one-sidedly ended by Las Vegas Sands Corp right before the launch of the Venetian Macao, the Sands Macao AAEC didn’t get any part of the proceeds from that venture. Initially, LVS terminated the AAEC partnership and went on to pursue another Asian casino resort company, Galaxy Entertainment. That partnership was also short-lived.

Why Sue LVS After Almost 20 Years?

Marshall Hao insists his part in the early stages helped LVS to navigate the complicated licencing process. If that is the case what took Hao so long to sue. Well after the partnership ended in 2002, he first attempted to sue in 2007.  The case was thrown out in 2010. In 2012 he made another attempt to sue for $375 million than $5 billion in 2014 and now $12 billion in 2019.

Will Las Vegas Sands cave in and give Marshall Hao how much he wants? We will keep our eyes on this story and keep you updated. Keep visiting our blogs for more casino news.