Loot Boxes not Recognised as Gambling by the UK Gambling Commission

Loot boxes in video games continue to be a topic as many parents are coming forth with issues regarding this in-game purchased items. Many parents regard them as gambling since actual money is used to buy the items. However, the UK Gambling Commission has said that they cannot declare the loot boxes as gambling under the current gambling laws. The reason the UK cannot declare the loot boxes as gambling is that there is no way to monetize the items inside. The only way they form part of gambling is if the items were to have monetary value or be money. This would make them fall under the gambling legislature and because of this reason, it cannot regulate them under these laws. 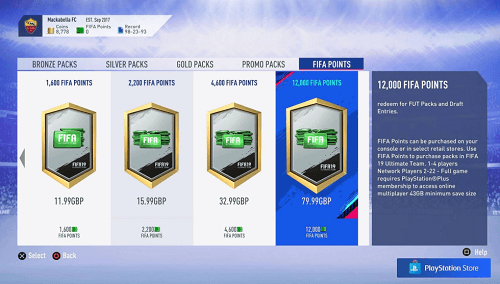 FIFA Loot Boxes as an Example

This not only applies to FIFA but other games such as Overwatch, CSGO, League of Legends, and many more. They have paid a chance-based mechanism with rewards that are known beforehand. In FIFA video games, you can buy pack items for their content even without knowing what is inside. The prize is only revealed once the purchase has been made. This works in the same way as the loot boxes which will have bonus content, weapons, and character costumes.

In an article written by BBC, there have been parents who have reported that their children have spent hundreds of pounds in-game item purchases. The parents are also criticizing the items as gambling.

US Government on Loot Boxes

In May, Missouri Senator Josh Hawley presented legislation to the US Senate requesting that the government ban the loot boxes. However, CEO of Entertainment Software Association, Stanley Pierre-Louis said that the legislature was flawed and inaccurate. He also said that it does not reflect the process of video games.

The bill that was presented prohibits distribution and publication of video games that have loot boxes and the pay-to-win mechanism. It is directed at minor-oriented games or games targets at under 18s. The bill is currently discussed by the Committee on Commerce, Science and Transportation.

To find out more about the difference between gaming and gambling red out gaming vs gambling guide.