Conor McGregor has had a rather busy week, with the Irishman announcing his retirement from UFC. However, this was overshadowed by reports that emerged the day after his retirement announcement, indicating that the UFC fighter could be under investigation for sexual assault. The reports suggest that sexual assault investigations could be taking place in his native Ireland. 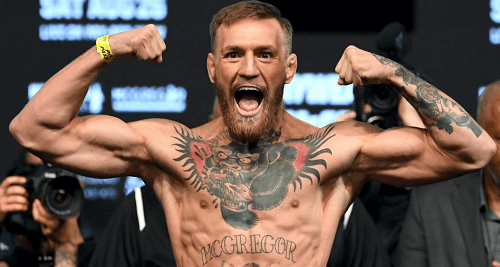 According to a report from the New York Times, McGregor is being investigated by authorities in Ireland. He reportedly sexually assaulted a woman in Dublin in December 2018. It must be noted though that he has not been formally charged at the time of writing. The report indicated that the assault took place at a hotel in Dublin and apparently local newspapers have been reporting on the incident for some time. However, Irish law prevents media from releasing the name of suspects until they have been formally charged.

A spokesman for the UFC fighter said that they are aware of the story, but dismissed the idea that his retirement was at all linked to the investigation. Irish police have simply stated that they are continuing to investigate the case and will direct public prosecution as needed.

As far as Conor McGregor’s retirement, it was announced earlier this week. The announcement came soon after he appeared on Jimmy Fallon, saying he was in the process of organizing his next UFC fight. This isn’t the first time he has retired though. Back in 2016, McGregor announced his retirement from UFC, before cancelling it two days later when he agreed to fight Nate Diaz.

Betting has already started on whether or not he will come out of retirement in 2019. Odds currently sit as -160 for Yes and +130 for No. As we all know, the UFC fighter has been involved in numerous controversies in recent years. In 2017 he slapped a ring commissioner, 2018 saw him attacking a bus carrying other UFC fighters, he then got into a fight following his UFC match with Khabib Nurmagomedov, and then most recently, he was charged with two felony charges after reportedly destroying a fan’s phone who was taking pictures of McGregor.