The Michigan House of Representatives approved the sports betting bill on Wednesday. Under the new legislation, it became legal to participate in internet gaming in Michigan, including sports betting and wagering on fantasy sports. The news broke a day after the bill was amended and advanced through proper committee channels. The votes cast were tallied and the consensus to legalizes sports betting passed by 63-45 on a bipartisan vote. There was much reported on the fact that the lawmakers reached a consensus despite the approval of Gov. Gretchen Whitmer. 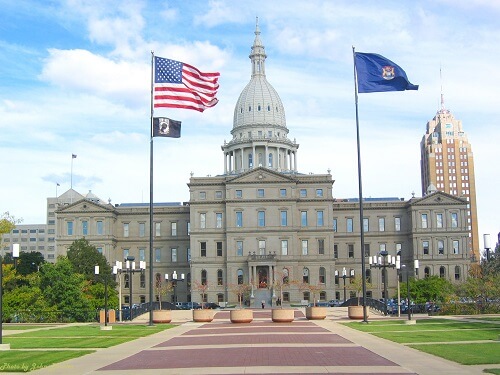 The governor and some representatives of the House are apprehensive about the possibilities of gambling in the Michigan state. One of the criticisms is that the state lottery may suffer as a result of fewer dollars use to gamble on numbers. The state lottery revenue helps to support the School Aid Fund. The governor proposed to institute a tax rate of 12% on both fantasy sports gambling and sports betting. The taxes on casino gaming would range from 2% to 19%, which will be determined by the games and the amount that is being gambled.

The Push for Sports Betting in Michigan

Rep. Brandt Iden has supported the call for the Michigan sports betting bill and expressed his disappointment with Whitmer’s efforts to kill the bill.

“We’ve been working on this for 10 months and time and again we’ve offered the governor an opportunity to provide feedback and she told us she was too busy to engage with us,” he explained. “We had the votes today and we wanted to move the package forward”.

It is projected that the tax rate on sports betting would eventually be set at 23% and could generate up to $30 million in revenues. The rates of tax in other states that have rushed to legalized online sports gambling currently range from as low as 6.75% in Nevada to a max of 51% in Rhode Island. It is posited that if Michigan set its tax rate at 8.75%, it would officially be the second-lowest rate behind Nevada. The bill is set to move to the state Senate for further deliberation. For more information on whether the bill passes or not, keep your dial