The Las Vegas Convention and Visitors Authority (LVCVA) is advocating for Elon Musk’s Company to build underground transportation tunnels. They not only support that the company develop the tunnels but also run them using autonomous electric cars.

The tunnel transit system is only planned for the Las Vegas Convention Center, which has over one million visitors every year for different expos and events. They estimate that the project will cost between $35 million and $55 million with less than $10 million being used per mile. The project is expected to be launched in 2021 should the go-ahead be given. 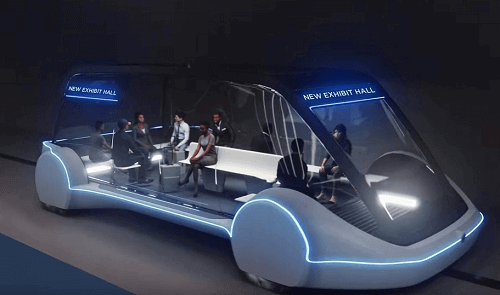 Details About the Project from Elon Musk’s Company

There isn’t a lot of information about the project from Elon Musk’s Company. However, Steve Hill, president, and CEO of LVCVA, has said the project is innovative and can also be an attraction. He also said they plan to have three or four stations which will be located at the convention’s entrance.

The little information that was shared about the project was that the fleet would be the Tesla Model X and Model 3 which has the capacity to seat 16 people. Hill said they want an option that will move between 4,400 to 11,000 people in an hour. The event attendees will be able to use the services for free.

The Boring Company was working on a tunnel in Los Angeles which was unveiled last year in December for testing. Only reporters and guests were allowed to take rides.

The hotel occupancy tax in Clark County fund the LVCVA. To get money allocated to this project, the LVCVA team will have put forward a proposal that must be presented to the board. The LVCVA has to present this recommendation to the board on March 12 with the hopes that they will get approval.

Should they get approval, they plan to extend the underground transportation system. New routes will connect the Las Vegas Strip to downtown Vegas and the McCarran International Airport.