An independent global game studio, Neon Valley has teamed up with Microgaming to “bring the spirit of Vegas” into the developer’s gaming library. The studio will be joining the few game development studios that Microgaming already has on its roster. Microgaming announced the news on its official website this week stating that the new addition would enable it to bring “a new flavour of superior games to the online casino market”, and already there’s a new exciting slot game that has just debuted under the agreement. Find out more about the story below! 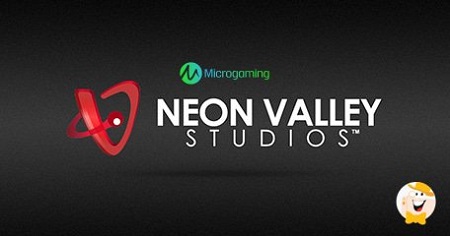 Just recently, Microgaming announced its partnership with Neon Valley Studios. If you’ve never been to Vegas, the studio aims to deliver a number of story-driven casino slots which will give you a modern Vegas experience.

The CEO for Microgaming expressed his excitement on the new agreement saying “our studios strategy is designed to bring greater choice, innovation and quality to the market. Neon Valley have years of collective gaming industry knowledge and expertise, not to mention their own distinctive style and personality, and we are delighted to add them to our global roster of independent game studios.”

The first slot under the agreement debuted on Tuesday and is called Aurora Wilds. The game is now available at al Microgaming casinos for players to enjoy.

“At Neon Valley Studios, we are dedicated to producing polished games of the highest quality, injecting our knowledge of slot design through the synergistic integration of game mechanics, visuals and the latest technology,” said Brian Perego, the senior creative technical designer at Neon Valley Studios.

The Aurora Wilds slot game that has just debuted under the agreement is packed with a whole lot of features to leave players with some good cash. On the game you will find expanding wilds, respins and most importantly, a jackpot wheel which promises a whole lot of rewards. Expect up to 2000x your stake!