The full might of the Nevada Resort Association (NRA) will be in full display when they attempt to oppose the gaming tax hike organized by the teacher’s union. A lawsuit was filed in the Carson City District Court on Tuesday. The NRA hopes to contest the ballot petition that seeks an increase in taxes for casinos. Despite the proposed hike being three percent, the estimated growth into the state’s coughers is expected to be US$300 million a year.

The Clark Country Education Association (CCEA), which is the teacher’s union that suggested the change are hoping this initiative hits the ballot. The NRA is contending that the language used in the petition is fraught mainly with legal uncertainties and can potentially mislead voters. It is

The union has pointed to the fact that Nevada casinos are paying the least amount of taxes in America outside of Indian country. Currently, the casinos are paying a 6.75 percent tax on gross gaming revenues every month. In the event that the initiative is approved, either by the voters or by the Legislature, the state’s gaming tax would rise to 9.75 percent on the monthly gross revenue of casinos that make more than US$250,000. 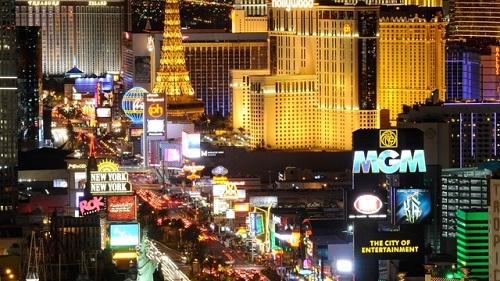 The NRA submitted a lawsuit to block the tax initiative on legal grounds. Initially, the measure has been promoted as a way to raise state education funding. According to the lawsuit, the language used “fails to tell voters that these additional fees will not go to fund education.” Instead, the gaming taxes would be directed to the state’s general fund.

Need to Improve Education in Nevada

The supporting argument by the teacher’s union is that Nevada’s public education ranks amongst the worst in all 50 states in America. There is a need to improve education in the state and the NRA is mindful of that. It contends that if taxes were increased across the board, it would be less punitive rather than the proposed increases in one industry.

Keep it locked to BestUSACasinoSites.com for more US casino news updates!