Sports Leagues are suing New Jersey. Gambling law in the United States has been contested in a lot of different ways. Though it can seem boring on the surface, there are a number of important legal battles going on right now that will determine the future for online gambling in America.

At the core of it all, it comes down to where the line will be drawn when it comes to an individual state’s rights to allow online gambling for its residents. Laws like the UIGEA and the Wire Act have started to be challenged in recent months, but a big legal battle that’s going on right now is caused by the state of New Jersey trying to get sports betting started up. 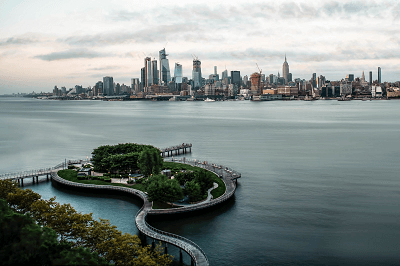 Governor Chris Christie signed into law legislation that would allow such betting to take place. While it was expected that the law would be challenged on a federal level because of the 1992 Professional and Amateur Sports Promotion Act, a number of sports leagues have come together to sue Governor Christie right away. These leagues include the National Basketball League, Major League Baseball, the National Hockey League and the National Collegiate Athletic Association.

The lawsuit reads, “This is an action challenging New Jersey’s plan to sponsor, operate, advertise, promote, license and authorize gambling on amateur and professional sports. In clear and flagrant violation of federal law. Gambling on amateur and professional sports threatens the integrity of those sports and is fundamentally at odds with the principle that the outcomes of collegiate and professional athletic contests must be determined solely on the basis of honest athletic competition.” This logic seems to forget that sports betting is allowed in Nevada, Montana, Delaware and Oregon, so it’s not surprising that there are a lot of people who don’t understand the point of the lawsuit.

Less than a year ago, the Department of Justice released a legal opinion that stated that the Wire Act only applied to online sports betting and that it did not make any other type of online gambling illegal. The UIGEA explicitly states that it does not make any online gambling illegal. However, several states are still hesitating to try to get started in the online gaming industry. Because they want to see what happens legally to states that are already making a push for it. While the New Jersey Governor being sued doesn’t seem important for online gambling. It will help to show exactly which rights a state has legally for introducing new types of gambling.