Reports from local press in New Jersey have discovered a senior citizen attempted to cheat a church hall during a bingo game. The Saint Maria Goretti Church Hall, located in South NJ, regularly holds church bingo nights and on the 3rd of October, things would go a little different. 71-year-old Teresa Davis and her accomplice Keasha Brockington (38) attempted to forge their bingo card using tape in order to claim nearly $200 prize money. It took an observant church volunteer to call the duo out. 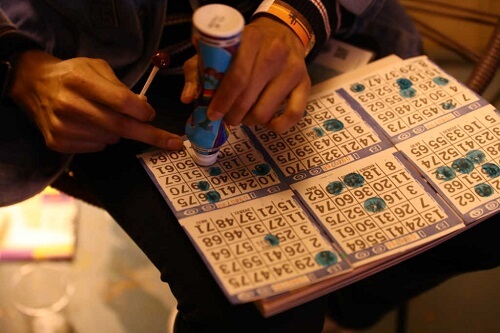 The police were summoned and the two residents of Camden were charged with improper behavior under a borough ordinance. A parish representative stated that the incident was the first issue in over 20 years of hosting church bingo night games. It remains unclear whether the two charged had attorneys or not. There were attempts to reach out for a comment but they were to no avail. No working number could be found for Brockington while a voice message was left for Davis but wasn’t immediately returned.

Despite the rare number of cases reported of players cheating at bingo games, one Rev. Joseph Ganiel of the Holy Child Parish has called for oversight to be exercised during church bingo nights. The pastor told The Courier Post that he had trained volunteers to scrutinize bingo cards. He was also quick to assert that this kind of behaviour was the first occurrence in the church’s history of hosting the bingo games. It is not clear as to whether players are discouraged by the trained church volunteers or the risk of performing the crime was justified by the reward. If you want to gamble for big payouts, visit any of our trusted casino sites and play for real money today.