Nick Marchington, a British professional poker player, was recently awarded 10% of his winnings from a Nevada judge. During a recent legal battle with a backer for the World Series of Poker (WSOP) tournament the winnings were frozen. While Marchington and C Biscuit Stables made their cases to the Nevada court. According to court documents, C Biscuit had offered the player $1200 for 10% of his main event action. Reportedly, Nick Marchington’s “run of a lifetime” has been tarnished by the proceedings. However, he still has over $1.5 million for his efforts. With the 10%, or $150 000, back in his hands, it would seem that the 21-year old might just turn things around. Still, a final judgement has not been passed, but the fact that the winnings are no longer frozen points to a judgement in favour of the player. 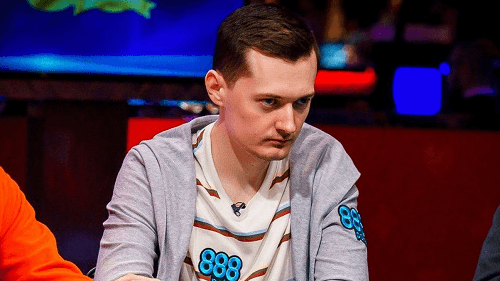 In court filings, C Biscuit owners David Yee and Collin Hartley claimed that the deal hadn’t been cancelled. They had initially offered Nick Marchington a small buy-in of $1200 for 10% of his winnings. Though another backer offered the player $17 000 for the same stake, which he reportedly accepted and informed C Biscuit of. In the absence of a contract, the company could only accept his refund.

Despite what is considered etiquette in the Poker community, their decision to take the matter to court is not unheard of. However, Marchington’s counsel argued that its client had the right to “exit the agreement at any time”. But C Biscuit believed that, since it was not completed by the time the tournament started, they still deserved a payout. Initially, they made the transaction on Nick Marchington’s PokerStars account, but agreed to a cash refund when he was among the chip leaders.

Next Steps for Nick Marchington

During proceedings, the players’ lawyer, Ronal Green, argued that C Biscuit only filed suit after he became a finalist and won a significant amount. This was “revealing unto itself” in his opinion because it seemed “highly unlikely” that C Biscuit would have dispatched another associate to return Marchington’s refund if he hadn’t won anything. Thus, he would only have lost his entry fee and they would have dropped the matter.

Hopefully, in future, Nick Marchington will have clearer agreements to avoid a similar situation. Since he’s only 21 and legally allowed to play, we predict that the Poker scene will see more of him. Marchington placed seventh in the Main Event, while German Hossein Ensan took home the $10 million prize.