The infamous OJ Simpson is suing a hotel-casino in Las Vegas for defamation. Simpson claims that the casino, which banned him from entering its premises in 2017, spread false information about him to celebrity news sites. The sites claim that Simpson was drunk, rude and disruptive of other visitors to the casino. It’s also alleged that he caused minor damages to casino property. Simpson denies such behaviour.

Simpson filed a lawsuit against Nevada Property 1 LLC earlier this month. This company is the corporate owner of the Cosmopolitan district of Las Vegas. Simpson alleges that he received a notice from security personnel at the casino as he left in November 2017 after having spent several hours on the property with friends. The notice prohibited him from ever setting foot on the property again, but Simpson says he was never given valid reasons as to why.

His attorney came to his defence by stating that his client’s reputation was tainted by false claims made by staff at the hotel-casino. The claims were published in TMZ. The spokesperson at the Cosmopolitan district declined to comment on the case. 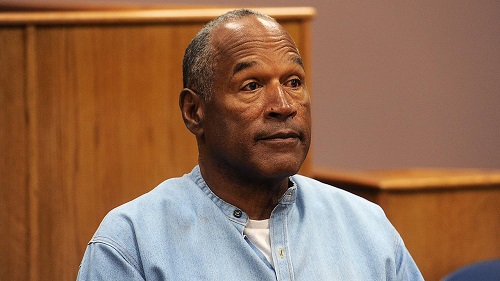 Simpson was released on parole just six weeks prior to the current case. After news of the incident broke, parole officers arrived at Simpsons Las Vegas home to administer drug and alcohol tests. The results of the tests contradicted all substance abuse claims against him. The officers then regarded the claims against Simpson as false.

Simpson has had many prior run-ins with the law. He was released from prison in 2017 after having served time in jail for leading a group of men in an armed robbery at another Las Vegas Casino Hotel back in 2008. Before then in 1994, he was convicted for the murder of his ex-wife Nicole Brown, along with the murder of her friend, Ronald Goldman. He was eventually found responsible for the killings in 1997 and was ordered to pay USD33.5 million to the affected families.

The courts deem that on the basis of good behaviour, Simpson’s parole might come to an end as soon as 2022.