Pontoon is an Australian spin-off version of the popular casino game, blackjack. This variation of the game offers gamblers an alternative experience with differences in rules and house edge. Pontoon in itself comes in two different forms. You get the American version called Spanish 21, and then there’s another version of the game played mostly in countries like Australia and Singapore. There are huge differences between these two versions. Different casinos across may also have their own individual names for the game. 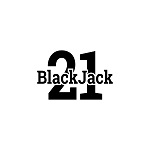 The overall objective of Pontoon is simple. All you have to do is develop a hand of greater value than that of the dealer. This means in Pontoon you are competing against the dealer primarily. You try to achieve this without exceeding an overall card value of 21. If your hand goes over this value, you lose. You achieve pontoon (the ultimate outcome) if your hand consists of an Ace card coupled with a number 10 card belonging to any suit. The payout ratio for pontoon is generally 3:2 or 2:1. With our explanation of pontoon you’ll realize that the game is played very similar to a standard blackjack game. The only differences are that hitting 21 is called pontoon and not natural blackjack. Hits are referred to as twists and a stand is called a stick.

How to Play Pontoon Blackjack

The game begins when the dealer hands out the first card to each of the players. This particular card is dealt face down and players may look at the card, but cannot reveal their card to the dealer.

After every player has received their first card, it’s time to place bets. This is done in a clockwise rotation. Once all bets are placed, the dealer hands a second card to each player. This card is also dealt face down. At this stage players as well as the dealer may inspect the cards dealt.

If the dealer achieves pontoon, he will reveal this to the rest of the players and will proceed to collect its portion of the player’s bets. If the dealer doesn’t have pontoon, all players are in luck and may now try to improve their hand by buying another card from the dealer.

If at this point you achieve pontoon, you win. But, if your overall hand value equals to less than 21, you have one of several options depending on the hand you have:

Option 1: If you have a hand of 15 or more, you can stick. This means you stop your play, keep your bet for that round, and the game moves on to the next player. If your hand is higher than the dealer’s after you decide to stick, you win.

Option 2: If you have a hand less than 21, you may also twist. The dealer will then give you another card facing up. If after this card you are still under 21 you can request another two cards at most. If after five cards you are still under or equal to 21, you’ve achieved five-card pontoon,

Option 3: if you have a hand less than 21, there’s also the option to buy more cards. When you buy new cards, you basically add more money onto your initial bet to be dealt another card in return. And, because you’ve increased your stake, your payout ratio automatically changes should you win. If after you’ve bought your first card you are still under 21, you may repeat the process by buying another card and increasing your stake. If you by chance get dealt the same card in both instances, you may separate the cards and create two different hands. You’ll then continue buying cards until you hit pontoon or are satisfied with your hand. 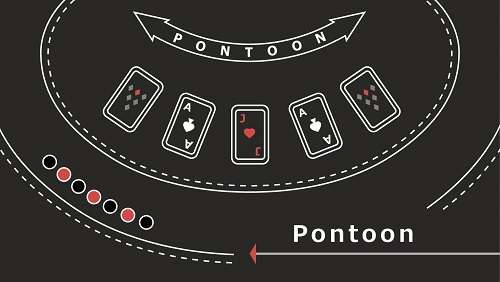 We’ve mentioned previously that there are some differences between pontoon normal blackjack. The games differ in terms used, method of play, but also in rules. It’s important that you take note of the differences in rules if you are eager to win. We’ve made things super easy for you by listing the rules of the game below. Have a look.

Playing pontoon can be very exciting because it offers something different. One other aspect of the game worth gushing about is the great payouts and bonuses that you can receive. Here’s what you can expect to win when playing pontoon.

Differences Between Pontoon and Standard Blackjack

One of the more notable differences between pontoon and a normal game of blackjack is that your hand is not valid until it equals 15 and higher. This prevents you from standing on cards valued at 12 or 14 for instance as you would in a game of blackjack. Here you are forced to continue playing at least until you’ve met a 15. To emphasize the importance of reaching a 15, imagine receiving two aces and splitting them to form two hands. The general rule when you’ve split two aces is that the dealer may only give you one more card after that. But, if after the dealer handed you another card, and your hand still doesn’t equal to at least 15, the dealer will make an exception on the rule and hand you another.

In the Australian version of the game, both dealer cards are undisclosed. This is a major difference and it affects your play greatly because many players use the visible dealer card as a reference when making decisions in the game.

There are also differences in rules and strategies between a live casino game and an online game. The first difference is that all the number 10 cards are removed from the deck so the game only functions on a set of 48 cards. This change affects the odds of winning in the game.