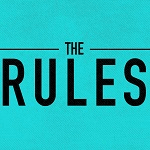 Caribbean Stud Poker Rules are crucial when trying to understand how the table game works. The poker variation is similar to playing a five-card poker with a few interesting differences. Before you sit at a Caribbean table and place your ante ensure that you understand the Caribbean rules and are confident of what is happening at the table. The significant part is if you are familiar with the standard poker nuances you are one step closer to playing Caribbean stud.

Caribbean stud is played using a standard 52 card deck. The player is up against the house, which lessens the pressure of having to play against experienced players. If you aren’t ready to face other players or have a no-so-convincing poker face, Caribbean Stud poker is perfect for you. When playing stud poker online, there a few things you need to look out for. Ensure that you are playing at regulated casinos that accept US players, look out for great bonuses and higher payout returns. Get started with learning how to play Caribbean stud and avoid making common mistakes using our rules guide.

Caribbean Stud Rules: How to Play

The game begins after you have placed the ante. You and the dealer will be dealt five cards. All cards are dealt face down apart from on dealer card which is dealt face up. After seeing your cards, you will have to raise or fold. If you choose to fold you will lose you ante, forfeit your cards and lose your side bet if you made one. If you raise, you will have to make a bet equivalent to your ante. The dealer will reveal his other four cards

The house edge or house advantage is a reflection of how much you can expect to win. Before placing bets on any casino game, it is crucial that you have an idea of what the house edge is. The Caribbean stud has a relatively high house edge of 5.224%.

There a few mistakes players will make when playing Caribbean stud and we have listed some of the common mistakes made by players.

The popular optimal Caribbean stud strategy can decrease the house edge from 5% to 1% and is worth learning how to work. Top tips to remember from the strategy is to fold hands lower than an ace and king. If you hold an ace and queen and the dealer upcard is a queen or lower bet! If you hold a pair or better hand raise.