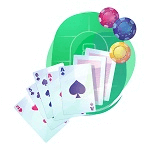 Seven Card Stud for US Players

Seven Card Stud was the most popular poker variation in the US. The community card game was more prominent than Texas Holdem and regarded as the purest form of Poker. Although the card stud poker game may take a while to master, it is worth learning. The quirky poker variation has a lot of tiny rules, but it is essentially a simple and very lovable game. The ultimate goal is to win as many chips as you.

7-card-stud can be played with a range of two to eight players. Like any classic poker game, the seven-card stud has a variant called Seven Card Stud Hi/Lo. Using the standard well-known poker hands and suit ranks are used to break ties in card ranks. Playing Seven Card Stud poker play in four sections: The Setup, The Bring and Ante, the five Betting Rounds and the Showdown. Our guide to playing seven card stud will look at the last three sections.

The game setup does not have a specific requirement as to who should start as the dealer. Players stack chips should be a combination of a big bet, small and ante chip. The player’s bet size will indicate how big their game will be. Once you learn about the 7-card stud poker you can sign up with one of the best US online casinos listed below.

The Bring in Seven Card Stud

This section of the seven-card stud is all about the starting bets. Antes are the forced bets places by all players at the table. The ante goes straight into the pot, and all bets made will be added to the ante. The action starts with the bring, which is where the player holding the lowest-value door card has to ‘bring it in.’

There are five betting rounds in Seven Card Stud. Players either fold, raise or call.

The player on the left of the bring is the next player to act. The player has to make another bet the size of the bring or a full bet. The action continues clockwise until betting is complete

In this round of betting, players will receive another face-up card. The player whose cards with the highest face-up card will act first. Added to the playing option is the check option where players can check if no bets have been made.

The betting round works similarly to the fourth street with the highest-ranking cards starting the action. In the fifth street, players have to bet according to the big betting limit.

In the final betting round the last card is dealt face down. The player with the highest-ranking cards in the sixth street will start the action again. The big betting limit is used in this round

The showdown is the final playing section in seven card stud. Only the remaining players will take part in this round if more than one player is remaining. The last player to bet or raise will show their card first. Is there was no bet made in the seventh street the player in the earliest seat will reveal their card. All the hands will be shown clockwise, and the best hand will win. 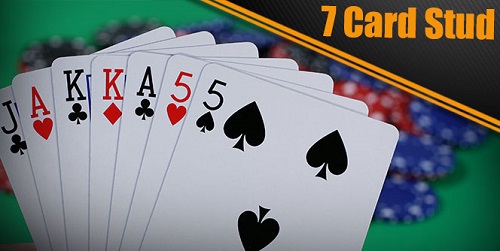