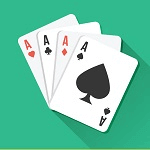 How to Play Texas Hold’em US

New Poker players looking to learn how to play Texas Hold’em have come to the right place. Unlike many poker games, the Hold’em table is uncomplicated. Players often shy away from playing the poker game as mastering the game takes years of playing. Playing Texas Hold’em is easy, and the rules are straightforward. Before pressing play at your favourite casino, you are going to need to understand how the Texas Hold’em works fully.

Hold’em has to be the most popular poker game in best USA online casinos. You are sure to come across the poker table in both brick and mortar and internet casinos. Knowing how to play the game means you no longer have to sit out of the hottest casino game. The Best USA Casino Sites team have put together an easy to follow tutorial that will ensure that playing Texas Hold’em is enjoyable and uncomplicated. Whether you are learning how to play Texas Hold’em poker for real money or fun, our guide covers it all.

Here is how to play ultimate Texas Hold’em poker for US players:

Beginning of the Game

Players on the left of the button or dealer will have to post blind. The player that’s sitting to the dealer’s immediate left will post the small blind and the big blind will be posted by the player sitting on the small blinds left.

At the start of the game, players are dealt two cards face down. These cards are known as hole cards. Players bet according to their hole cards. This first round of betting is called the pre-flop.

For example, your hole cards are J and A

When all Texas Hold’em players have placed their bets, three community cards will be dealt. These cards are placed in the middle of the table. This is called the flop. Some tables will have clear markings of where the flop should be dealt. 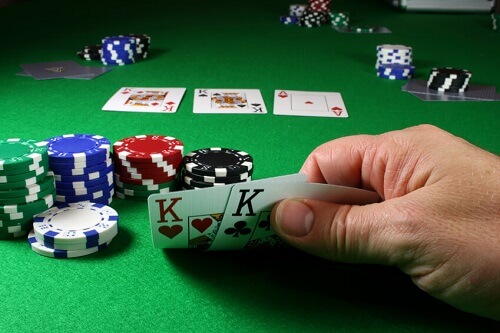 The fourth community card is dealt after another round of betting. One card will be dealt, and it is called the turn.

In terms of this example, the turn is K. The community cards on the table are currently 4, Q, 9 and K as well as your hole cards.

Another betting round will happen before the final card is shown. This is known as the River.

Going back to our example, if the River card is 10. The cards on the table are currently 4, Q, 9, K and 10 including your two-hole cards of J and A.

The End of the Game

The showdown; there are two ways to end the game. If more than one player is remaining the player will reveal their cards, and the best hand wins. In the case of our example, if all the cards were of the same suit, you would win the game with a royal flush. Five of the seven cards dealt rank as a royal flush hand (A, 10, J, Q and K).

Another way to end the showdown is that all but one player will fold and regards of that player’s hand she or she will win the game. Proving that you don’t always need the best hand to win.