Using the d’Alembert System In An Efficient Manner 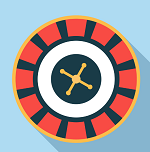 The d’Alembert system is considered a negative progression strategy in table games. The casino player raises their bet when they lose and lowers the bet when they win. This particular system was created by the mathematician, d’Alembert. Casino enthusiasts state that it is based on the equilibrium of nature, which means that when the casino player obtains an even number of wins, they also have an even number of losses for the bets that they have placed. Most, if not all casino players then typically use this strategy when playing roulette at USA casinos.

The d’Alembert system is often confused with the Fibonacci system because they are very similar, however, with the d’Alembert system, a mild consecutive losing streak tends to result in a loss. The system is relatively simple, then as the bets are tracked as the casino player plays. Many US casino enthusiasts argue that the d’Alembert system is the best system to use when playing Roulette because each respective bet only changes after a number of either winning or losing bets. Casino players that fall between experts and novices tend to find that this system suits their style of play because there is a consistency that is absent with the other systems.

How to Use the d’Alembert System

As with each Roulette system, there are both wins and losses. The key is to utilize the d’Alembert system as much as possible and then switch to another system. The recommended sequence of bets should be 1,2,3,4,5 and so on and the sequence of bets for equal wins and losses should be 1,2,3,4,3,2, etc. where the casino player goes from right to left should they begin losing or winning. The advantage of this system is that it doesn’t chase the losses, but it gets them back slowly thus resulting in a 50/50 aspect when all is said and done. While this strategy is used in Roulette primarily, many casino players often use it in Baccarat as well because once the betting unit has been established, then the casino player can decide how much they will be wagering in the game and then stick to that. For example, if they bet 1 unit and lose, then they bet 2 units and lose, then they bet 3 units and lose, then they bet 4 units and win, and go back in the other direction of betting 3 units and win, etc. The d’Alembert system essentially works until the casino player has either won the amount they wanted or decide that the system is not yielding them the wins they want and switch to another system.

Since casino players continually look for ways, tips and tricks to win at online table games, the d’Alembert system offers yet another possible strategy to utilize so that wins can be maximized and losses can be minimized as much as possible. The strategy of the d’Alembert system is not to be used in the long run because of the odds associated with most table games. Casino players are suggested then to use this system for as long as they want to, then divert to another strategy altogether. 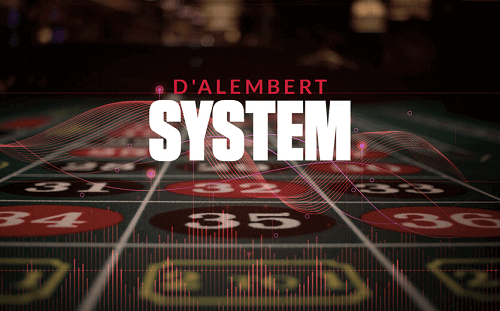 The Reverse D’Alembert System in Roulette

When considering strategies and tricks to use in Roulette, casino players tend to peruse online and in books for a multitude of different ones. One of the most well-known strategies is the D’Alembert strategy, which is considered the safest strategies that one can use. The D’Alembert is also considered a better strategy to use than the traditional Martingale and because it is an even chance betting system, winning big is a likely possibility on more than one occasion. However, most casino players do not know about the Reverse D’Alembert Roulette system. The D’Alembert system operates where the casino player places a bet then increases their bets by one following a loss and decreasing the wager amount after a win. So the Reverse D’Alembert switches that strategy.

The Reverse D’Alembert Roulette system operates on the premise that by increasing one’s bets after a win as well as decreasing them after a win will yield impressive and exciting results. For example, if the casino player bets $5 and wins, then the next time they wager, they will be $6 and if they win, then they will increase by $1. The same follows for losses with the Reverse D’Alembert meaning that if the casino player bets $5 and loses, then they will decrease their next wager by $1 to $4. Some casino enthusiasts have criticized the system by saying that it is ineffective, but there is reason to believe that casino players can profit from betting by utilizing this system.