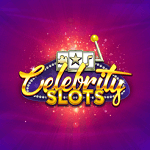 With celebrity slots themes bringing you a world of famous movie stars, singers, and TV shows You don’t have to be in Hollywood to meet your favorite idol. Play celebrity-themed slot games from the king of pop, Michael Jackson, and many other celebrities.

These celebrity slot themes have been created by renowned software providers to capture your attention. Join in on the fun and explore the top five celebrity-themed slots and win.

We tested many slot games centered around famous characters. Everyone will find a celebrity slot that they adore because of the endless collection. We had crazy fun and decided to list the best slots in the game to play at online casinos:

Music lovers around the world loved Michael Jackson. His music and dance moves drew in all sorts of fans who would watch his concerts. Bally Technologies gave gamers the most incredible gift and created a slot machine that captures his fantastic music.

Michael Jackson King of Pop slot consists of 5 reels and 25 paylines. The entertaining slot plays the superstars hit songs such as Beat it, with symbols of him on the reels. Also, there are five bonus features to look out for.

When you talk about women who have passed the test of time, Marilyn Monroe comes to mind. The famous blond actress was adored by many as a sex symbol in the 1950’s and1960s. Her memory lives on in what Playtech developed as a slot game.

The casino game has five reels and 20 paylines. You can expect to see symbols such as a movie camera, Marilyn Monroe on a magazine cover, and more. The visuals in the game are meant to make it look as gorgeous as she was.

Iron man from Marvel is a superhero loved by many players. Playtech allows you to experience the action in a slot game that has five reels and 20 paylines. It is a popular choice around the globe. Everything comes together through the soundtrack, captivating graphics making the game fun. You can win massive jackpots when playing the game at top gambling sites. So, what are you waiting for?

IGT manufacturers made Bridesmaid hit comedy flick into a slot machine game. The slot game consists of 5 reels and 30 paylines. You’ll see characters from the movie and other features. The game was designed to get women’s attention, and we think they achieved their goal. You can play the online slot game today!