Understanding the different types of slots tournaments is essential, and it could give you an idea of the kind of gaming environment you are about to step into virtually. So, your competitive nature is ready to take part in an online slot tournament, and your bankroll is set up and ready. Wait, there are some things you need to know about slot tournaments besides how to win.

For players looking at getting into scheduled tournaments, looking into the casino tournament schedule is important. This includes finding a tournament that doesn’t mess with your regular routine. The schedule will tell you when the tournaments start and end. Slot tournament websites will also give you information on how much it costs to enter the tournament, the prize pool as well as which casino the tournament will be played at.

Before you press play or set your bet, have a look at types of tournaments that are available to US players and find one which suits your personality and is worth you joining.

Our expert team of players have done some researched and managed to come up with a couple of premier slot tournaments loved by most players in the USA. Some of these are:

The only way to take part in the VIP slot tournament is through an invite from the casino. For this to happen, players need to achieve a special status within the casino loyalty program. Also known as Comped tournaments, they are open to loyal players who often play for real money. As you can imagine, the prize pools generally higher than in all the other tournaments.

These slot tournament types start as soon as the allocated player seats have been filled. The slot tournaments generally run for short a time. Sit and Go Tournaments have fewer players to compete with, the prize pool isn’t all that massive; however, the odds of winning or being placed in the top numbers are high.

Scheduled Types of Slot Tournaments are the most basic type of slot tournament that you can find. You need to register and pay an entry fee. There is a fixed date, start and end time. Players can enter the tournament from any time they open this means more players go up against and a massive prize pool. Scheduled Slot Tournaments types can go on for hours or even months.

Similar to Scheduled tournaments, Buy-In tournaments are very popular amongst US players. An entry fee is required to take part and often contribute to the prize pool.

Free slot tournaments don’t require players to pay an entry fee, it is highly likely that you will win real money, if you do it won’t be a life-changing amount. 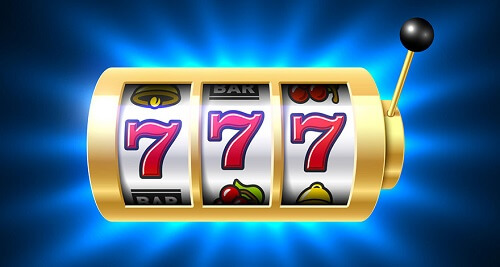 For the most competitive players, Survivor slot tournaments are the war zone you are looking to take part in. These types of slot tournaments have an elimination phase in all the different rounds where only the winner from each round moves on.

To test your competitiveness; online slots have one-shot tournaments. Players only have one shot at qualifying for the next stage, if you don’t qualify you will get eliminated and cannot rebuy or add on. When we talk about fierce competitions, one-shot tournaments come up on top.

Also known as re-buys let players rebuy into a tournament should they mess up. The rebuy comes at an additional cost, and you will have to start the game over. Unfortunately, you cannot add on during the game and will have to start on a clean slate.

Extender tournaments work similarly to reloader tournaments. You can buy add-ons that maximize your odds of winning and could potentially boost your final score. Add-ons allow you to continue playing from where you last stopped.