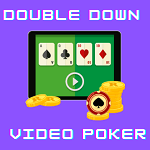 Double down stud poker is one of the easier video poker variation you can play. The game is based on one question. . To double your initial bet or not. The video poker game is fast-paced. Elements such as the draw have been removed from the game, making it easy to follow. The video poker and table version are played in the same manner. The game is perfect for novice players and expert players looking for a less complicated game to play.

Like any video poker game, getting started with double down stud requires players to inserts coins to bet. You will receive five cards, and you will be able to choose which to discard. Play double down stud poker using these five easy steps.

There are about 32 ways in which players can play a video poker hand. However, players only have to make one decision in double down stud. Do you double your bet or not? Luckily for you, experts have narrowed down the stress by putting together a strategy to help. There are only three situations where players should double their bet. 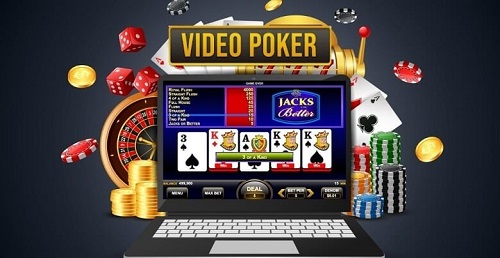 Web-based versions of double down poker use the same paytable that can be found being used in other video poker games. Double down stud does not have a unique paytable. In fact, the game uses the most common payable which is used in the Jacks or better. However, it is important to remember that if you choose to double your bet, your payout will also be doubled. Double down payouts are more rewarding than what you would find in Jacks or better. This is because double down does not have the option to discard cards.

The house advantage is 98% when playing using the basic strategy. Side note, the higher the payout percentage, the better the game is for players. The general double down stud paytable would look as such