Pai Gow poker player has won over $330,000 at the California Hotel and Casino. The Hawaiian resident decided to play Pai Gow poker while on a visit to Las Vegas on Thursday, 22 August. The California Hotel and Casino made an announcement that the Pai Gow player hit a seven-card royal flush worth more than $330,000. The Pai Gow Poker player decided to remain anonymous. In order to get a Royal Flush in Pai Gow Poker a player would have to get the following cards; Ace, King, Queen, Jack, Ten, Nine and an Eight. All of these cards need to belong to the same suit. This win will make it the third big one in the past three months in California. The other win was at another Boyd Gaming destination.In July another Hawaiian resident won a jackpot of $114,307 while gambling. The winner was playing Dragon Wheel with a bonus spin slot jackpot. The jackpot winner was playing at Fremont Hotel and Casino. At the same hotel a guest in June took home $221,380 while playing the Wheel of Fortune Triple Hot Sevens slot jackpot. 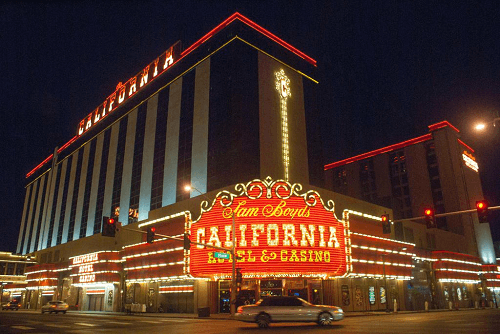 Many players have won quite large prizes when playing Pai Gow. The Hotel is owned by Boyd Gaming. The casino operator is quite experienced when it comes to managing land-based casinos. The building has a 36, 000 square foot casino. The gambling establishment has six restaurants which include the California Noodle House, Redwood Steakhouse as well as Aloha which is an authentic Hawaiian restaurant. The Aloha is quite a favorite amongst Hawaiians. There are also more than 700 hotel rooms at the California Hotel and Casino.

The California Hotel, also commonly known as “the Cal” announced the winner on their Twitter account. The anonymous winner took home exactly $327,572.