Home » Pennsylvania told to Refund Casinos by the Supreme Court

Pennsylvania told to Refund Casinos by the Supreme Court

The Supreme Court in Pennsylvania has ruled in favor of the top casinos in the state after they argued that the tax levied on their profits was unjust. According to the Supreme Court ruling, it was unlawful for Sands and Parx to pay the same percentage towards a fund as other casinos in Pennsylvania that were not as popular nor successful. This particular fund was designed to help under performing gambling establishment financially. Since the two were able to pull their weight, no funds were allocated to them. As a result, Pennsylvania must repay millions of dollars to the two casinos. 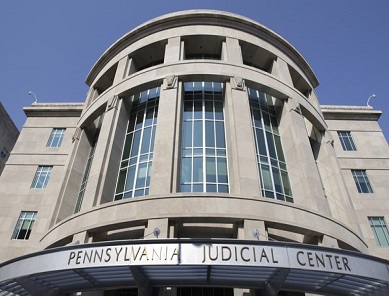 In 2017, Pennsylvania’s gambling regulations went through a change with a well-meaning creation of an account called the Casino Marketing and Capital Development (CMCD). The fund was intended to assist casinos that were not making profit. The finances were generated through a tax levy that casinos had to pay based on the profits they made. As much as 0.5 percent was expected from every casino to be paid towards the fund in slot machine revenue. Also known as Act 42, the legislation did not account for the majority of casinos not attracting slot lovers to their gaming floor.

The two most successful casinos in terms of revenue generated from slot machines are Sands in Bethlehem and Parx in Bensalem. According to the representatives of the two casinos, the fund was in violation of their state and federal constitutions. In total, there are 12 casinos in Pennsylvania and only seven of them are eligible to be allocated funds. The duo objected to paying taxes to the fund without getting any benefits from it. The Pennsylvania state Supreme Court ruled on Friday that the state ought to repay some of the money to the casinos. For more of the latest casinos news in the US, keep your dial locked at www.bestusacasinosites.com