A New Jersey court has ruled that a Philadelphia man is able to sue Harrah’s Resort after sustaining third-degree burns on his feet at the casino company’s Atlantic City outlet. After standing on the casino resort’s sun deck for about half an hour.Howard Thompson, who suffers from diabetic neuropathy, failed to realize his feet were cooking on the resort’s sun deck when visiting in 2012. The condition had previously caused damage to his sensory nerves, meaning that he is unable to feel anything in his extremities.Independent building consultants performed tests on the sun deck under similar weather conditions and estimate that it may have been as hot as 137°F. 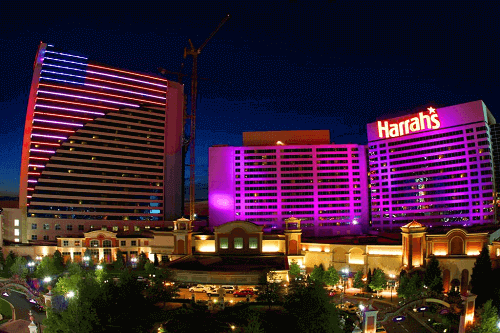 Thompson only realized that he had burned his feet after he had returned to his hotel room. A few days later teh Philadelphia Man was rushed to the hospital due to increased pain in his foot, where he was diagnosed with third-degree burns as well as a bacterial infection.

The infection on his left foot proved to be so severe that it necessitated amputation. It has been suggested that more amputations may be required in the future. As a result of this unfortunate situation, Thompson has been forced to leave his job at the Philadelphia Parking Authority.

Harrah’s Resort has denied that they are liable for Thompson’s injury, stating that it came as a result of Thompson’s own negligence and for failing to seek medical treatment sooner. The casino group went on further to state that no other guest had ever complained about the temperature of the pavers used on the sun deck.

Thompson has previously tried to sue other parties in relation to the injury, including the company that designed the sun deck. However, all past lawsuits have proven to be unsuccessful. The trial against Harrah’s Resort is set to begin on April 15.

How Many Numbers Should I Pick in Keno?

Why the Pass Line Bet In Craps Is Best

The Surrender Option and When to Use it in Blackjack