We can start by taking a look back at all of the online slot machines that were released by Realtime Gaming at some point in 2016 and then we can take a look at all of the slots that Betsoft Gaming launched over the past 12 months. Back in January 2016, RTG launched the new God of Wealth slot. The next new RTG slot was the Eternal Love slot and then it was the new Zhanshi slot. 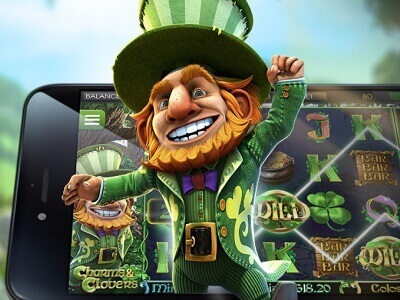 Realtime Gaming then went on to release the new The Big Bopper slot and then the next new slot to arrive in RTG casinos was the new Enchanted Garden II slot. Players were then treated to the new Panda Magic slot and then it was the new Nova 7s slot. Just in time for Halloween, it was the new Witch’s Brew slot that was released and then just before Christmas it was the new Snowmania slot.

The very last new RTG slot to arrive in 2016 was the new Sweet 16 slot. All of these new Realtime Gaming slots were launched on desktop (Flash and download) and on mobile and they are all now available in the real money mode and in the free play demo mode. If you want to play on any of these new slots right now, head over to various trusted RTG casinos such as Aladdin’s Gold Casino, Lucky Red Casino, Silver Oak Casino, Club World Casino, Las Vegas USA Casinos or All Star Slots.

Betsoft Gaming started the year with the new 4 Seasons online slot and their next release was the new Frankenslot’s Monster slot. Betsoft then went on to release the new Birds slot and then it was the new Charms & Clovers slot to arrive in casinos. Towards the end of September Betsoft released the new Great 88 slot and then in November players were treated to the new Kawaii Kitty slot.

The final new Betsoft slot to be released in 2016 was the new Sin City Nights slot and this one was released in mid-December. All of these new slots were launched on desktop and mobile. They can be launched instantly in your web browser (no download required) right now at casinos such as Drake Casino and Gossip Slots. All of the US-friendly casinos that were mentioned above are free to sign up to and they have all been reviewed for you right here on this website.