Backlash Over Resort World’s Similarities to the Wynn Resort Architecture

Wynn Resorts has filed a lawsuit against Genting, who is responsible for the construction of the Resort World Las Vegas. In the lawsuit filed in December, Wynn Resorts claims that the structure is similar to their buildings. 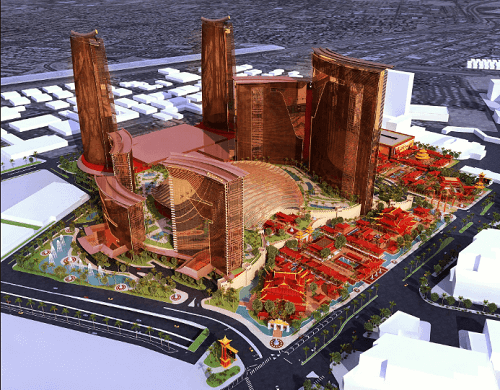 Genting has filed an opposition saying that once complete, the operation will look nothing like Wynn Resorts. In their opposition, they added the final look pictures of the resort to show that it will look nothing like what Wynn claims. Wynn wanted to halt the construction which is currently on-going, but Genting has said that they failed to show that there is irreparable and imminent threat to stop the construction. They also mentioned how the consumer would be able to distinguish the two from each other because of how different they will look.

The Resort World Las Vegas is scheduled to open end of 2020, and it is estimated to cost $4 billion. The casino will feature an Asian theme which is meant to attract the Asian visitors and gamblers that come to Las Vegas. The pictures that were included in the opposition showed the buildings would be coloured red with bronze windows. Wynn Resorts also has bronze windows and also have the concave shape which they also claim Genting is using.

The filed lawsuit wants to stop the installation of the bronze windows. Project Manager, William Richardson said if the injunction goes through, about 500 site workers will be affected because they will not be needed for that element of the construction. However, Wynn Resort is not showing any sign of letting this go that easily.

As we have mentioned, the due date for opening the resort is the end of 2020. However, if the lawsuit goes in favour of Wynn, the date might have to change. What’s more, there were already speculations by analysts saying that the current completion date is not feasible. But then again, not all the amenities of the resort have to be ready for it to open.

We will keep tracking this story and keep you updated. For others news about USA casinos and online gambling, we are here to report it for you.