The Resorts World Catskills Casino in upstate New York is facing the possibility of having to declare bankruptcy. The casino, which is the state’s largest and most lavish entertainment destination, lost US$73 million in it first six months of 2019. Furthermore, it has incurred more than US$400 million in debt, increasing the odds of the casino reorganizing and declaring bankruptcy. The casino’s financial challenges were outlined in a report filed last week by the establishment’s operator, Empire Resorts, with the Securities & Exchange Commission (SEC). The Resorts World Catskills near Monticello in Sullivan County is worth nearly US$1.2 billion. And it seems like the investment isn’t making any profit as its investors are considering a pre-packaged bankruptcy. If this becomes a reality it means that its largest shareholder will buy out the resort’s publicly traded operator, Empire Resorts and the casino will be private. 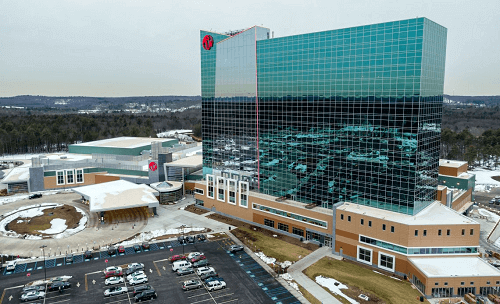 In the report filed with the SEC, Empire Resorts suggests that the casino finds new loans or reorganizes under Chapter 11 bankruptcy protection. Furthermore, it also addresses a possibility where the major shareholder of Empire Resorts and Resorts World Catskills buy the outstanding shares. Therefore, if this outcome is pursued, Malaysian-based real estate investment company Kien Huat will privately own Resorts World Catskills.

Kien Huat has indicated that it won’t be lending any more money to the casino if it still remains public, according to the SEC filing. The company proposes that it wants to buy out the other shareholders. They’ve offered to pay US$9.74 per share – Empire Resorts was trading at $8.15 as of Thursday morning.

Resort World Catskills, not the Only Casino of its Type to Be Struggling in NY

Resort World Catskills opened its doors in early 2018 in upstate New York. It is the largest and last of the four Vegas-like casinos authorized to operate in areas not covered by Native American tribes. This casino isn’t the only one of these commercial casinos that are struggling financially. All four of them are battling to meet revenue projections pitched to the state of New York. However, revenues have seen a slight increase in 2019. They further hope to see more of an increase with the state introducing sports betting