South Carolina lottery winner has finally stepped forward to claim their prize exactly 132 days after the winning numbers were announced. Since the state allows for anonymous claims, the winner has chosen to keep their win private. However, we do know where the ticket was bought. According to a press release, the winner is a Palmetto State resident. Their ticket was bought at KC Mart in Simpsonville.The press release from the South Carolina Education Lottery Commission (SCLOT) stated that the person had been surprised by the win. In fact, the SCLOT reported that the winning ticket was purchased just after another customer’s. What’s more, they had allowed the customer to cut the queue. This act of kindness appears to have been rewarded with a billion-dollar jackpot. 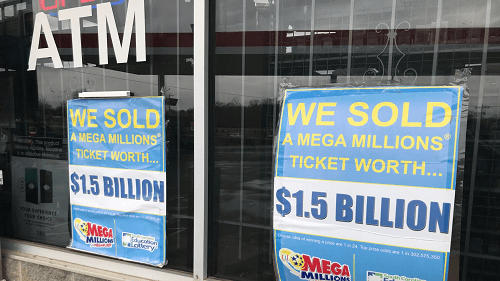 Most winners have a choice, when they win, to get their winnings as a lump sum or a lifetime of payouts. Reportedly, the South Carolina lottery ticket will be paid as a lump sum of $877,784,124. It may not be the full amount, but it’s still a substantial payout. Further, the KC Mart will also receive a payout of $50,000 for selling the ticket. For a long time, it was believed that the ticket had been lost. This has happened quite a few times in the past for big lottery wins. Of course, there are legal problems behind claiming a jackpot. According to reports, the winner had been in contact with a special lawyer for lottery wins. Jason Kurland from New York had consulted with them about the legal issues.

In Kurland’s line of work, he has assisted most of the jackpot winners in recent years. His advice for winners is to ‘double and triple check their numbers’. This will help to ensure that they’ve won. After that, he says, they should take a break and check again. However, having an extended period to claim shouldn’t be wasted, by all accounts.

Kurland also says that winners should always seek legal advice before they claim anything. After all, there’s a lot of paperwork to get through. This also helps with understanding the taxes and payout amounts. While this is happening, he also advises putting the ticket somewhere safe, like a deposit box, for a few weeks. All of this is to avoid unnecessary costs from the jackpot. The lucky South Carolina lottery winner seems to have followed these steps. We hope that it has all paid off.