The eGaming Review Operator Awards is now in its 11th year and this prestigious event celebrates operational excellence and commercial success in the online gaming sector. This year’s event was held at The Artillery Garden at the HAC in London and it attracted more than 700 industry professionals from the world’s leading online gaming firms. 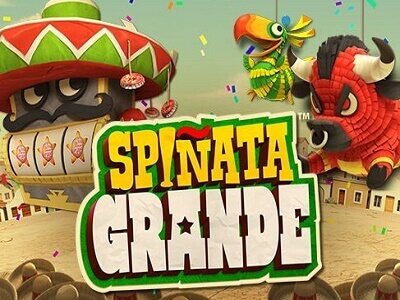 The Game of the Year award this year was awarded to a leading online casino software provider called NetEnt and they received this coveted award for an online slot machine called Spiñata Grande. This award-winning online slot machine first arrived in casinos as recently as March 2015, but unfortunately at the time of writing it has yet to arrive at any US online casinos.

The Chief Product Officer of NetEnt, Simon Hammon, commented on picking up the award. He said, “To win the eGR Game of the Year award, voted for by operators, is fantastic reward for everyone involved in bringing Spiñata Grande to market.” He then finished by saying, “NetEnt always strives to design and build games that excite players and fulfil the requirements of our customers.” We took these words directly from a recent NetEnt press release.

Featuring robust & colourful graphics with exciting animations and 3D symbols, this Mexican/Party themed slot machine has 5 reels and 40 winning paylines with regular symbols and Colossal Symbols, the latter of which can measure up to 9 symbol positions in size (measuring 3×3). A mini slot feature can help trigger the Free Spins Bonus Round where a Colossal Wild Symbol can also help generate some really big line wins.

DraftKings has Strengthened its Iowa Foothold with a Betting App Rollout